That Sinking Feeling: The Titanic Exhibit at the National Geographic Museum

The fascination is endless and haunting. Famed oceanographer Robert Ballard, who fittingly claimed the prize for discovering the Titanic’s watery grave in 1985, comments aptly that “every generation re-discovers the Titanic”. And we re-discovered it last weekend at the National Geographic Museum in Washington, D.C. 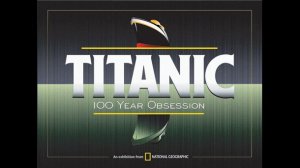 The considerable resources of Dr. Ballard and “Titanic” film director James Cameron combine to make this 100th anniversary exhibit a comprehensive and well-documented narrative of the tragic events of April 15, 1912. We all know the facts: White Star Line’s “unsinkable” RMS Titanic was lost along with 1,502 of the original 2,223 passengers in the icy waters of the North Atlantic off Newfoundland on her maiden voyage after colliding with an iceberg.

Photo of a calved iceberg presumed to be similar to the one that spelled doom for the Titanic.

Forensic mapping of the wreckage along with interpretation of the timeline and anecdotal accounts point to a fateful chain of errors: overconfidence and a reckless insistence on speed on the part of the ship’s captain, a possible steering error and a lag in posting incoming messages regarding treacherous ice may all have contributed to the disaster.

The unthinkable from the unsinkable: SOS “we have struck iceberg sinking fast…”

The exhibit features a few real artifacts – many fewer than one would have hoped – along with movie set re-creations from Cameron’s 1997 film. A treasure trove of items recovered from the wreckage can be seen at Chicago’s Museum of Science and Industry.

Real: this cherub light fixture was found among the wreckage (polloplayer photo)

Re-creation: a replica of the ship’s Marconi room, from which telegraph messages were sent and received (polloplayer photo)

The centerpiece of the exhibit is an impressively detailed 18-foot model of the ship.

Care to re-arrange deck chairs on the Titanic? (polloplayer photo)

The ship was originally supposed to have enough lifeboats for all passengers but half of them were removed to avoid a “cluttered” appearance. (polloplayer photo)

One of the highlights of the exhibit is a video of an exuberant Robert Ballard recounting his discovery of the Titanic. In it, he reveals that the search for the sunken ship was just cover for his real mission: his actual assignment was to locate sunken Navy submarines carrying nuclear missiles, a project the U.S. Navy wanted to keep on the down-low lest the Russians learn about it. Once Ballard and his team completed their Navy mission, they were under acute time pressure to find the Titanic, with just a few days left on the clock when they cry went up that their craft had passed over one of Titanic’s sunken boilers. 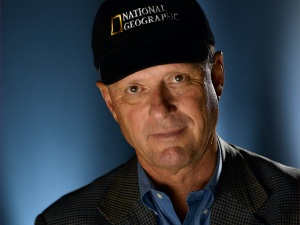 Lucky for us the day was not all gloom and doom: we finally got to meet Christine! 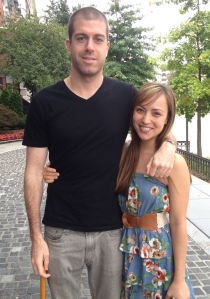 18 Responses to That Sinking Feeling: The Titanic Exhibit at the National Geographic Museum