Viszontlátásra to Budapest and the Danube.

There’s never enough time. It seems we’d barely begun our love affair with Budapest, with its farrago of influences from East and West, combining to make the most fragrant, scrumptious cultural – and culinary – goulash. 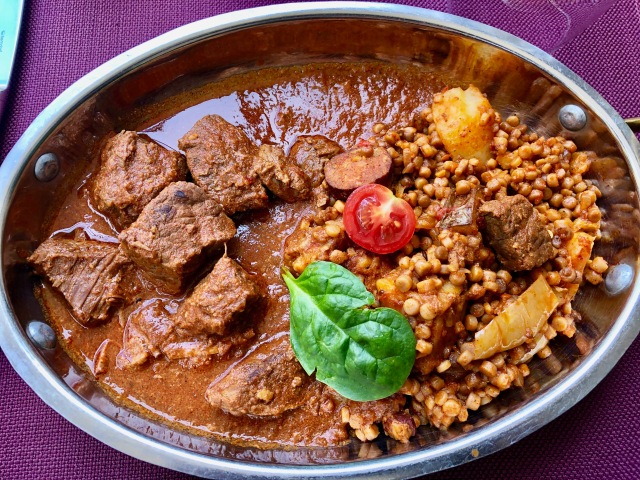 It began more or less with the Celts, in 4th Century B.C., who paved the way for the Romans’ long reign and then there was the arrival of Huns, Goths and the Slavs. Things looked hopeful for Western Civilization until the Mongols roared through in the 1200’s. They retreated, but a weakened Hungary eventually succumbed to an Ottoman conquest in the 1500’s and was ruled by the Turks until the Habsburgs took over in the 1600-1700’s.

While there are many architectural reminders of its Oriental past, much of Budapest is decidedly European, like the magnificent Hungarian State Opera House. While it was still under a multi-year renovation during our visit, the ever-resourceful folks at Tauck provided us a private tour complete with a mid-morning performance.

Yup, there are lots of stairs:

But so worth it to experience this:

I puzzled a bit over how a city as resplendent as Budapest – “the pearl of the Danube” graces the relatively minor country of Hungary. Andrew Beattie, in The Danube: A Cultural History illuminated my poor grasp of history: Hungary’s allegiance to the central powers during World War I resulted in an ignominious defeat. The country “was forced to acquiesce to the Treaty of Trianon, which awarded two-thirds of Hungarian territory to newly created countries that were intended to be “successor states” to the old Habsburg Empire.” Transylvania, Slovakia, Croatia, Serbia and more were suddenly torn away in a punishing re-drawing of European borders. And more woes were in store: more than 600,000 Hungarians died in World War II, and every one of Budapest’s beautiful bridges were blown all to bits by the Germans. Then the Hungarian people were forced under Communist rule for more than forty years. Today, the bridges are all rebuilt and Budapest is filled with a freedom-fueled spirit of hopefulness for the future of Hungary.

Our tour came to an end with another elegant Tauck-hosted evening, this one at the lovely Akadémia Club, overlooking the Danube. We watched the sun set, toasted our farewells to our newfound tour group friends, and savored an elegant dinner with a lively violin and cymbalom serenade by local musicians. 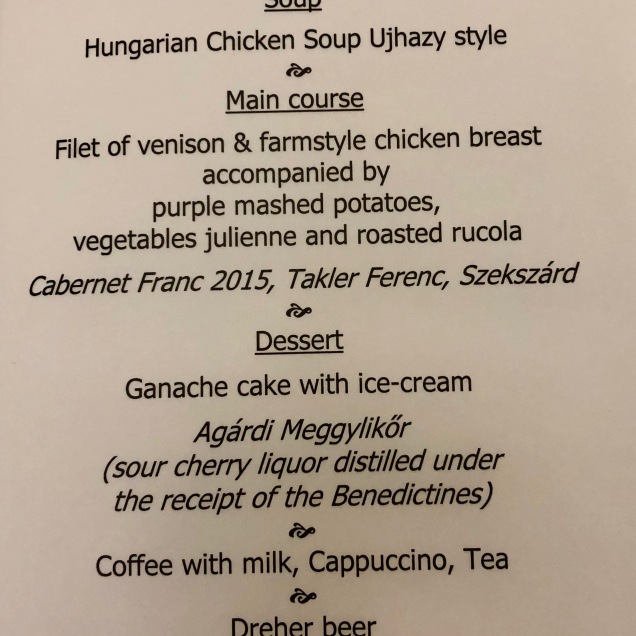 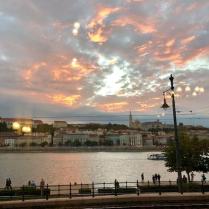 Budapest was quite truly lit that night, as it is every night. According to Andrew Beattie, “Budapest seems the most adorable, bewitching city in Europe.” I must enthusiastically agree. 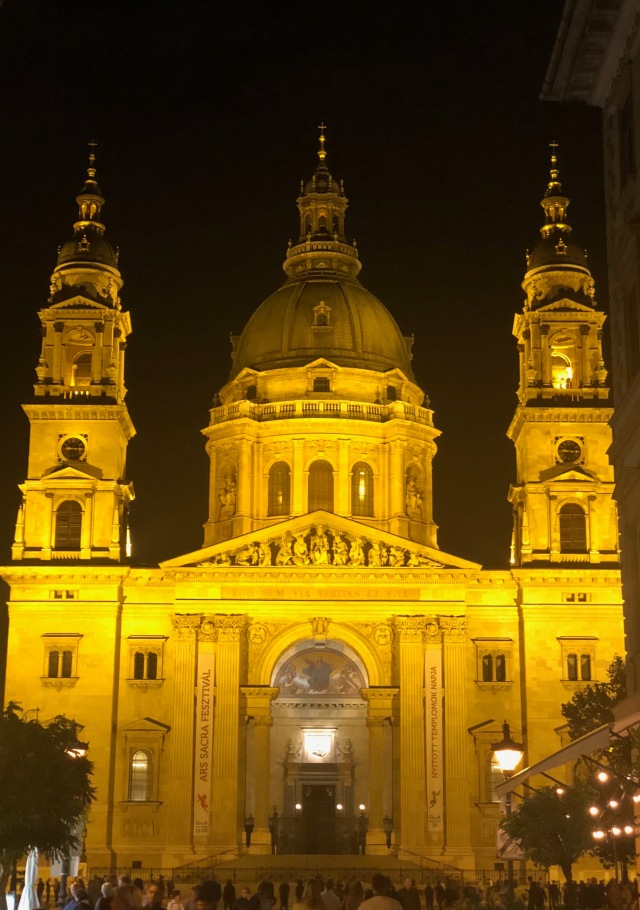 We said our final farewell as our plane lifted us from the Budapest airport over the serpentine curves of the Danube. Viszontlátásra is the formal Hungarian word for good-bye, but by then we felt such an affectionate familiarity with our now-beloved Budapest that we felt almost entitled to use the less formal szia, which, apparently like ciao or aloha, can mean hello, goodbye and perhaps everything in between. Lastly, we said thank you very much – köszönöm szépen – to Budapest, to the Danube, to all the the stops along our way and especially to Tauck, for a magical and memorable trip. 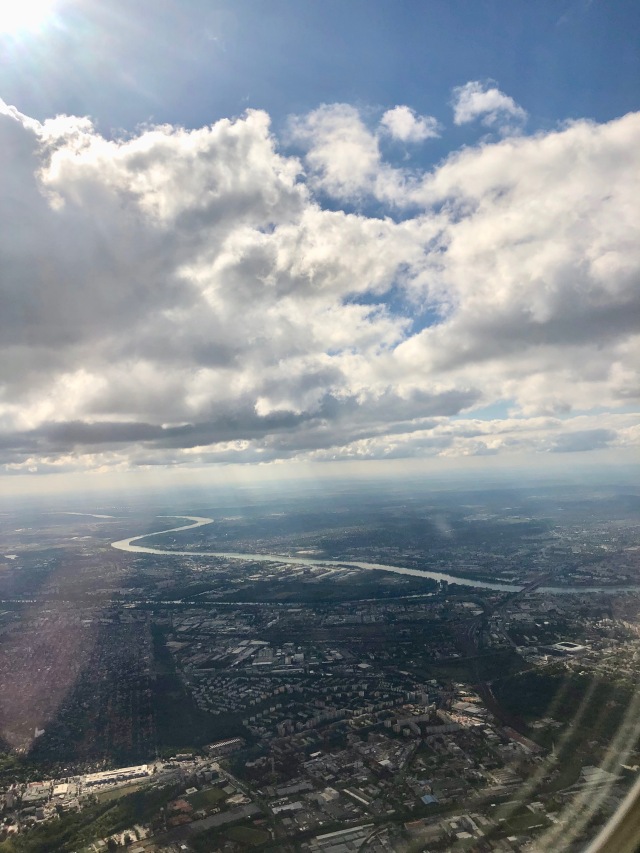 2 Responses to Viszontlátásra to Budapest and the Danube.