In Germany, it is the Donau, in Slovakia, Dunaj. Hungarians call it the Duna. Napoleon called it the “king of the rivers of Europe”. We know it as the Danube, and just as we felt we had just begun to relax into dreamily meandering its serpentine curves through Germany, Austria and Slovakia, reality intruded. We had hardly boarded back onto the ship in Bratislava when the next day’s itinerary was delivered, reminding us to pack up our bags and don’t forget the passports! What? The dream was coming to an end.

Fortunately, we had one last evening to savor the river, with a sundeck reception as we passed through the locks at the Gabčikovo-Nagymaros Dam at sunset. 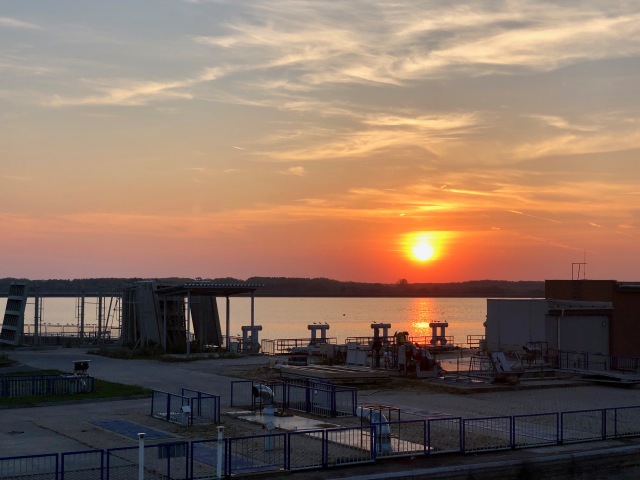 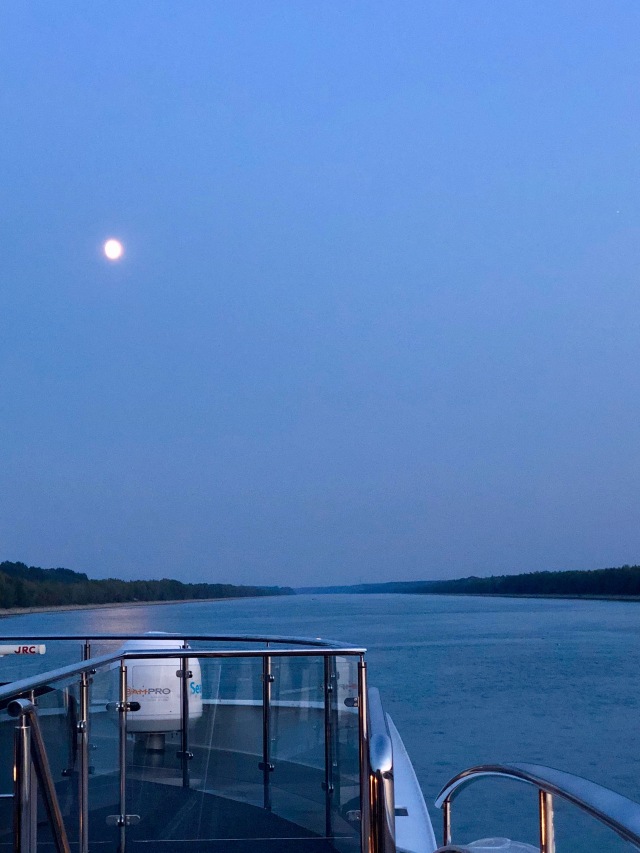 It was with real affection that we had our last shipboard chats with the friends we had made during the cruise. We toasted the good fortune that we were one of the few boats to actually make the final leg to Budapest – the majestic Danube was so shallow due to drought that many cruisers were arriving Budapest by bus rather than boat. Here was our first glimpse of “the Paris of the East” early the next morning:

Our by-now beloved tour directors made sure we didn’t have too much time to mourn our departure from the ship, gently prodding us to be on time for our visit to Budapest’s grand Central Market Hall. What an immense, amazing place!

Accessibility check: yes, there were stairs! 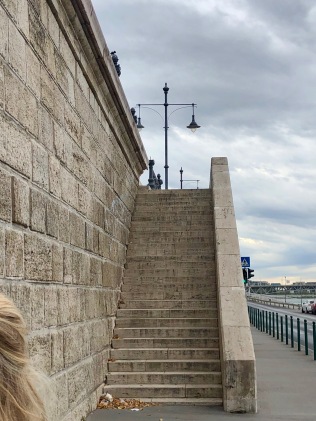 On the upside, there was also plenty of Hungarian paprika. And the famous national brandy known as pálinka, which The New York Times has described as tasting “like rubbing alcohol with a hint of fruit.” 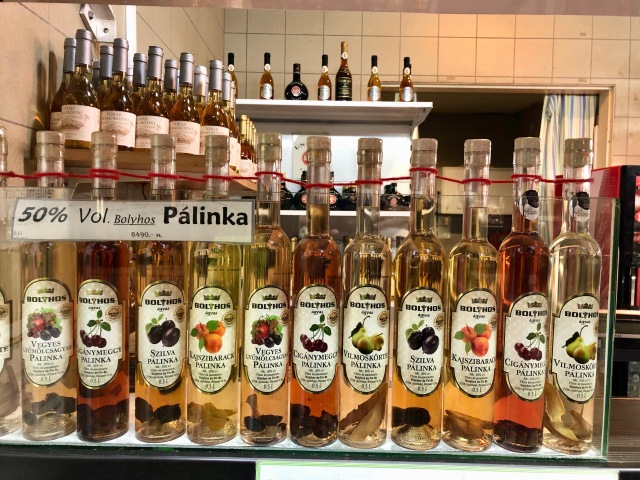 Yes, we’d had to say goodbye to our boat, but it was a brand new day and we were in Budapest, with many more adventures in store. Leave it to Tauck to save the best for last…