He Said, She Said: Memoirs and Biographies, Part II

Posted on February 9, 2019 by polloplayer

Alas, I will never travel to most of the nooks and crannies of the world I’d like to see, but sometimes I’m tempted to buy one of those travel maps and put pins in it for the places I’ve gone in my reading. For this half dozen memoirs and biographies I traveled to gymnastics meets, spent time in chilly Boston winters and lush Maine summers, wandered the hills of Tanzania, rattled across Asia by train, soared in the winds above Kitty Hawk, North Carolina and rode the rails with hobos.

I was also transported to places you can’t find on a map. To places where the soul is buoyed by scripture or haunted by mental illness. To the place of reveling in solitude and also to the one of despairing in loneliness.  I watched the wings of ambition take flight and felt the exhilaration and loneliness of life on the road.  Let me take you there with me:

We’d been invited to a very special awards ceremony sponsored by Athletes in Action and Kim was the emcee, flawlessly herding a room full of basketball greats with impeccable aplomb. I watched in wonder as this incredibly poised woman ran the show and I wanted to know more about her. Lucky for me, her book was on sale at the event. 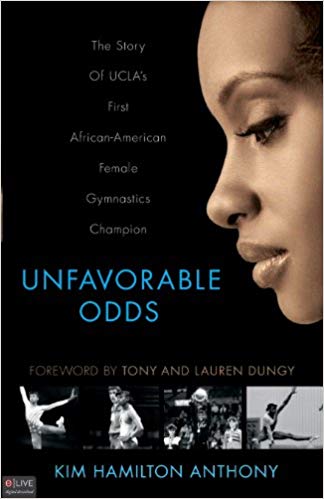 Kim was the first black woman to be recruited and awarded a gymnastics scholarship to UCLA. The obstacles she overcame to reach that achievement make a vault or balance beam look easy peasy. She grew up poor in Richmond, Virginia. Dad was unreliable, locked in a struggle with drugs. 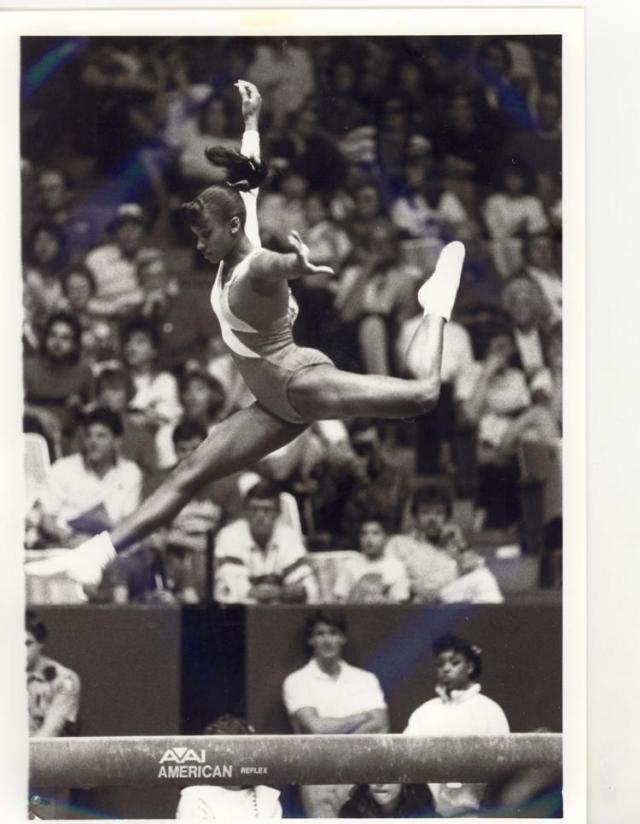 Somehow, the family came together over Kim’s gymnastics dreams, cleaning gymnasiums in barter for her lessons. Kim went on to be 1987 NCAA Floor Exercise Champion and 1989 NCAA vault champion, but she would probably say her greatest achievement is her walk with the Lord. Her book is a humble and moving testimony to her faith and an inspiring reminder that “with God, all things are possible”.

The author is highly esteemed for her professional standing as a professor of psychiatry at Johns Hopkins University and a visiting professor at Harvard University and the University of Oxford. She also happens to be intimate with bipolar disease, having suffered from it throughout her life. So no wonder her study of Lowell was a Pulitzer Prize finalist.

Robert Traill Spence Lowell IV was born with a silver spoon (think Lowell, Massachusetts), growing up in Boston with his “monstrous” mother and belittled father. He was, from an early age, obsessed with greatness, and a malignant sense of grandiosity blossomed along with his poetic talent. Considered one of the most important post-war American poets (he won the Pulitzer in 1947 and 1974, his extravagantly manic episodes haunted and in strange ways dovetailed with his genius. He spent much of his adult life in and out of hospitals and only with the advent of lithium treatment in the late 1960’s did he experience any real relief from his illness. The highs were exceedingly high and the lows seriously so. The only real peace Lowell seemed to find was at his family retreat in Castine, Maine, a place so idyllic that it’s now on my to-visit list. The book is not a snappy read but an absorbing one, although the author’s bedazzlement with her subject sometimes seems to leave objectivity behind.

This is a congenial memoir, and who wouldn’t want to read about Goodall’s groundbreaking work with chimpanzees? Goodall’s open-minded powers of observation allowed her to transcend “scientific” constraints of the day and also to wonder out loud “How sad that so many people seem to think that science and religion are mutually exclusive.” Her spiritual beliefs are somewhat inchoate and she has a poor grasp of some of the scripture she quotes, but her thoughts on the biblical texts of man’s dominion over animals is something I will always remember fondly from her book: “many Hebrew scholars believe the word ‘dominion’ is a very poor translation of the original Hebrew word v’yirdu”, which actually meant to rule over, as a wise king rules over his subjects, with care and respect.” What I will also remember are her cherished solitary rambles through the Tanzanian bush: “always I have enjoyed aloneness”, she shares.

Another pleasurable read from David McCullough, who truly knows how to tell and pace a story. Everyone knows that Wilbur and Orville were first in flight, but McCullough tells the story behind the story of these “two workingest boys” from Dayton, Ohio. He patiently describes their childhood and family and years spent tinkering in their bicycle shop and how they dreamed of flight by studying the minute behaviors of birds on the wing. Unlike their flashier competitors with hefty bankrolls behind their efforts, the Wright brothers worked so quietly and independently that it took years for the U.S. government to realize how significant their accomplishment would be to future defense efforts. A worthy read. 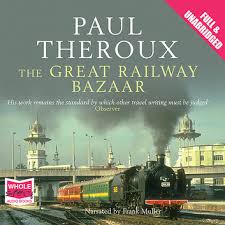 I saw this book recommended on a travel web site and thought perhaps it would be a palliative for my self-diagnosed dromomania (favorite new word!) And it sufficed, although I think Theroux must have been writing this book at a dark-ish time in his life. He is a bit more cranky and sullen than wryly observant, but then, maybe I would have been, too, if I’d spent four months on a series of ever creakier trains. Thanks to Theroux, though, I was able to travel in complete comfort to Turkey, Iran and Afghanistan, (slightly friendlier places in 1975…) Pakistan, India (where in Calcutta he observed “…the city seemed like a corpse, on which the Indians were feeding like flies…”, Ceylon (Sri Lanka today), Singapore, Vietnam (where fried locusts were on the menu!), Japan and the long, long train journey through Siberia. “Train travel animated my imagination” wrote Theroux, and mine as well through reading this book. Technically, it may be more a travel book than a memoir, but Theroux’s ego spills sufficiently into the narrative to make it quite a bit about him.

Not to be mistaken for the dystopian book of the same title by Cormac McCarthy, this is a much more cheerful tale by that great storyteller Jack London. If Theroux experienced discomfiture during his time on the trains, it was nothing compared to this memoir of London’s time “riding the rails” during the economic depression of the 1890’s. The life of a tramp was not a romantic one, yet London writes a good-hearted primer of how to be hobo. The thrill and the dangers of “decking”, “riding the rods” and the “blinds” are amply described, along with pro tips for begging a meal at a front door and pointers for comfortably passing the time in jail for a vagrancy conviction. But since this is London, there are also his sharply drawn observances of casual cruelty, as when a gypsy chieftain whips a woman and no bystander raises a hand to stop him. “Man is the only animal that maltreats the females of his kind”, he notes.

“I went on the road because I couldn’t keep away from it” says London, a consummate dromomaniac if I ever saw one.

Where will you be book-traveling next? If opening a book isn’t sounding like a page-turner to you, here are some lifehacker tips from Reddit to build your book-reading habit. Happy reading!

2 Responses to He Said, She Said: Memoirs and Biographies, Part II