Leonardo’s in the news. And, as it happens, on my bookshelf. I just finished trudging through Walter Isaacson’s new (Simon & Schuster, October, 2017) biography Leonardo da Vinci and thus am completely qualified to offer my expert opinion on last week’s record-breaking sale of the maybe-it-is, maybe-it-isn’t da Vinci Salvator Mundi. 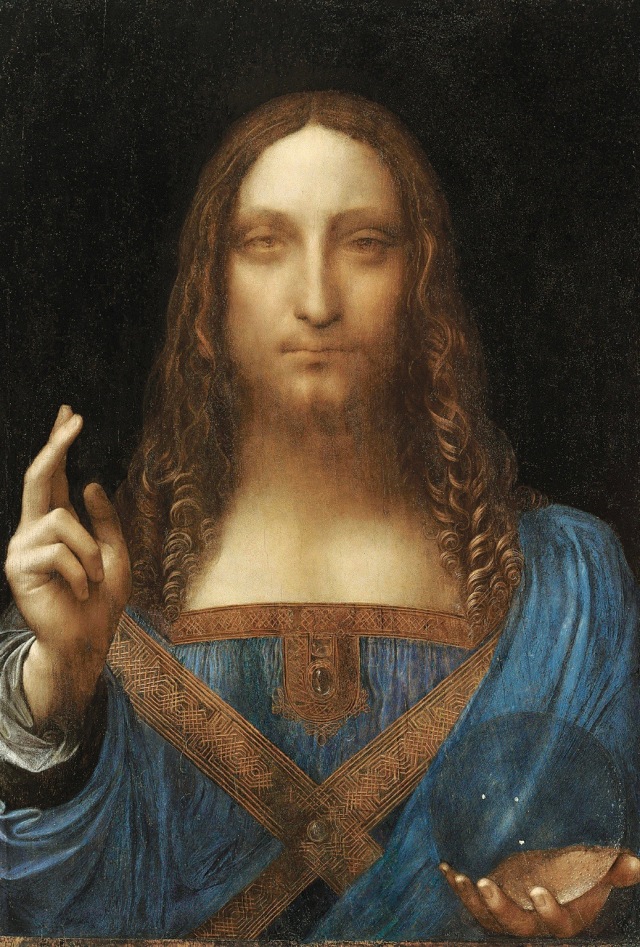 What? You don’t care about my “expert” opinion? All right then. Fine.

But surely you are interested in Isaacson’s: he comes down on the side of the painting’s authenticity. His biography is thorough, perhaps even masterful. It is, at 624 pages, um, dense. Like fruitcake dense. And you know how we all feel about fruitcake. So in case you don’t get around to devoting two weeks or two months to reading it, here are my five favorite factoids from Isaacson’s book

#1. Spirals, curls and ringlets. Early in the book Issacson asserts that “…Leonardo delights in what will become his favorite pattern: nature’s spirals.” And sure enough, it’s right there to see in every drawing, every painting, whether it be a portrait or proposal for a military engineering project. Curls and spirals everywhere. His exquisite portrait of Ginevra de’ Benci is an example:

According to Isaacson, Leonardo’s affection for curls may stem from his #2, lifelong obsession with water and its force and forms. From fluid dynamics to hydraulic engineering to his late-in-life fixation on an apocalyptic deluge, da Vinci was always thinking about water. Sixteen of his final “deluge drawings” remain, including this one:

#3 Procrastination So good to know that even the great Leonardo was a mere mortal. We know many things about him – he was left-handed, he was illegitimate, he was gay, he was vegetarian, he was the “archetype of the Renaissance Man” and “history’s most creative genius”. But he was also a procrastinator! Thank God, something I can relate to. The man rarely finished anything and lugged his incomplete paintings, including the Mona Lisa around with him for years. I like him more all the time.

#4 Friends in high places. If we are judged by the company we keep, da Vinci rates some very high esteem. Deftly maneuvering around wars, politics and personalities, Leonardo variously claimed as patrons Ludovico Sforza, the Duke of Milan, the infamous Cesare Borgia and Pope Leo X – a dé Medici, of course. He was also a friend of Niccolò Machiavelli. But although they were contemporaries, da Vinci and Michelangelo had no use for one another. Giorgio Vasari, who wrote the first biography of da Vinci in 1550, reported that Michelangelo “displayed a very great disdain” toward Leonardo, a disdain that was apparently mutual.

My favorite discovery about Leonardo was not the Salvator Mundi but another orphan painting that came to be attributed to him. #5 La Bella Principessa was long labeled as a work of nineteenth-century German artists who imitated the style of the Italian Renaissance. The painting languished in obscurity until it was acquired by a collector who commissioned scientific analysis and aroused interest in closer scrutiny which resulted in an eventual consensus among experts that the portrait was truly the work of Leonardo.  If only I could get my hands on $450 million or so – La Bella Principessa is the painting I would most like to see hanging over our mantel: 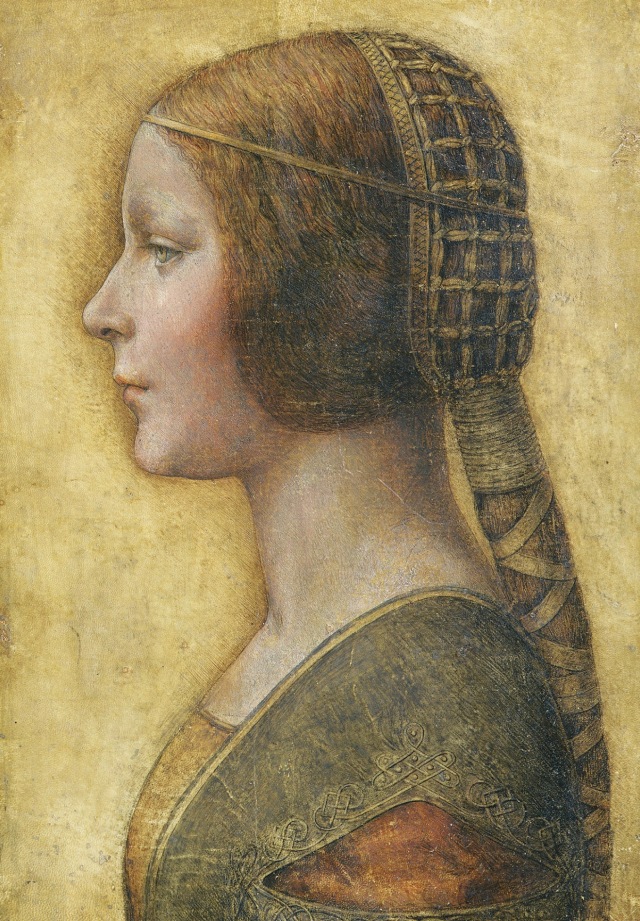 Oh, and one last thing, which yes, I know, makes #6, but let’s not quibble. A small detail, perhaps, but a significant one. Where, oh where, are the Mona Lisa’s eyebrows? As early as 1625 a description of the painting notes that “this lady in other respect beautiful, is almost without eyebrows.” Isaacson comes to our rescue, citing high-resolution scans in 2007 by French art technician Pascal Cotte, who, using light filters, “found tiny indications of eyebrows that originally existed.”

3 Responses to 5 things about da Vinci.