It all started with the waiter, ever so dapper in his tux, delivering our apértifs along with a tutorial on the evening’s performance. We had scored a table next to the window at The Met’s Grand Tier restaurant, where I could gaze up at the massive Chagall mural or down at the simmering fountain in the plaza, feeling ever so soigné for just one moment in time. Well, until the next moment, when I fumbled in answering the waiter’s polite question about tonight’s program, revealing that what I knew about opera was of less substance than the sugar cube dissolving at the bottom of my champagne cocktail. Outclassed by a waiter again, a common occurrence in NYC.

He had scoffed lightly at the modernistic approach to the production we were there to see, shaking his head and giving us a pitying look for the travail of the hours that lay ahead. Indeed, the bare set for this performance of La Traviata left us staring at the enormous ticking clock in Act III, wondering if Violetta would ever die. Confession: I would have strangled her with my bare hands if I could have; it was 11 p.m. and I just wanted to be home in my jammies.

Fast forward a month, home in California, at a book club meeting where a handful of friends have gathered to discuss Daniel Bergner’s Sing for Your Life: A Story of Race, Music and Family. It is the powerful story of a wayward young man, hobbled by a broken past and a dysfunctional family, who somehow charts a course to success as an opera singer. As compelling as it is improbable, the story of Ryan “Speedo” Green’s success also gives the reader a peek into the workings of The Metropolitan Opera. Beyond the winking chandeliers and lush red carpets lay an inner sanctum of voice, acting and language coaches and benefactors who labor tirelessly to shape the future of their beloved art form. If the headlines are to be believed, opera may be as critically endangered as the Hawksbill Turtle. Young adults are more likely to attend a rave than Der Rosenkavalier…ask almost anyone about The Ring and they may remember the horror film yet have not a clue about Wagner’s famed opera cycle.

But my book club friends chat easily about their favorite performances. “But unless you have seen it at La Scala…” “Ah, but for the Russians, it is easier to sing in French than Italian” “If the r’s are rolled too much it is all ruined for me…” “My mother’s favorite was Parsifal…”

Outclassed again. I have nothing to add except for my recent murderous intentions toward Violetta, and I think better of it. But I am warmed by their enthusiasm and their knowledge and Green’s story and I remember a question I asked our waiter that evening at The Met: “What is your favorite opera?”

He had answered immediately and definitively: “Turandot. Without a doubt.”

And that is the portal through which the ear worm enters.

Turandot, Giacomo Puccini’s posthumous opera based on the Persian fairy tale of a princess whose suitors invariably perish when they cannot solve the three riddles required to win her, features one of the most achingly beautiful arias in the musical canon. I did not realize when I Googled “Turandot aria” that I was opening Pandora’s box, but now it is done, and I can neither think of nor hear anything else. For two weeks Nessun dorma has accompanied me everywhere I go; I hear it even when I am listening to other music. It will not leave me and I’m not even sure I want it to, but just in case, would you take it, please, for safekeeping?

Be forewarned – the point of no return is the ascending line of Ma il mio mistero è chiuso in me – hear the great Pavarotti:

And, just in case you are not fluent in Italian, the English translation:

None shall sleep! None shall sleep! You too, princess,
In your cold room
You watch the stars
Trembling of love and hope…
But the mistery of me is locked inside of me
No one will know my name!
No, no, I will say it on your mouth,
When the light will shine!
And my kiss will melt the silence
that makes you mine.
(Choir, voices of women:)
No one will know my name…
And we will, unfortunately, have to die, die!
(Calaf, the unknown prince:)
Leave, oh night! Set, stars!
Set, stars! At sunrise I will win!
I will win! I will win!
I checked the calendar, and Turandot is on The Met’s schedule in October and November, 2018. Anyone want to join me and my ear worm for a performance? Maybe we can grab that window table again at the Grand Tier and hum a line or two for the waiter… 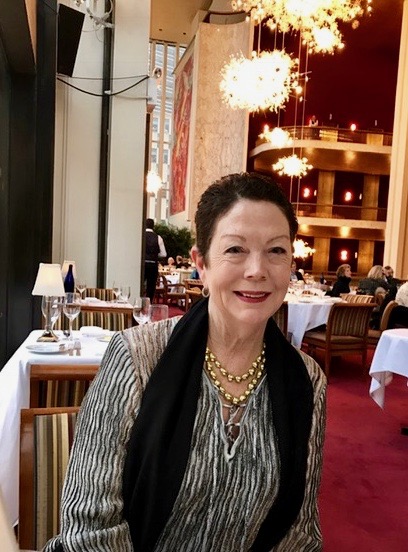 And if you can’t make it: go to metopera.org and click on the “Season” tab for the “In Cinemas” listings of HD movie-theater presentations. Almost as good as being there!

2 Responses to Ear worm, free to a good home.