The Unhipster Goes To Austin.

I’m surprised they let me in. In case you’ve been off the planet for the last few years, Austin has struck the covenant of cool, become the haven of hip, is the place to go for all the kids in the know. I expected they would confiscate my credentials at the airport, but no, I strolled, unimpeded, right past the live band blaring that Austin sound. Live music at the airport!

First impressions: lots and lots of wide open space punctuated with gnarled freeways, on-ramps and off-ramps so intertwined that I was certain I would be spun off to Mexico at the next turn. Second impression: that lovely river. It is called the Colorado River, but after a long, contentious discussion with a friend, I was schooled by a geography lesson and a map: it’s not that Colorado River. Just a rio colorado, a river of color. Maybe they just do that to trip up the tourists?

Third impression: Grackles! Everywhere! I only saw two kinds of birds in Austin, the occasional pigeon and vast hordes of grackles. One minute I was enjoying a quiet breakfast on the garden terrace of my hotel, and then, it seemed, someone triggered a massive alarm system. A raucous, piercing screech like no siren I’d ever heard before. It was the grackle hunching in a tree above me, screaming his unholy sermon at the diners below. You get used to it after a few days.

I was in Austin to visit dear friends Teri and Billy, who moved there from NYC after one-too-many frigid winters and have never looked back. They have great jobs, great friends, a great newly-purchased house and are in the midst of planning a great wedding.

They also know where to find great barbecue, and that’s what we did on the night I arrived.

No standing in line at Franklin’s for us. These guys are locals. We went to nearby Terry Black’s, where every bite was a revelation. Seriously one of the best meals ever. 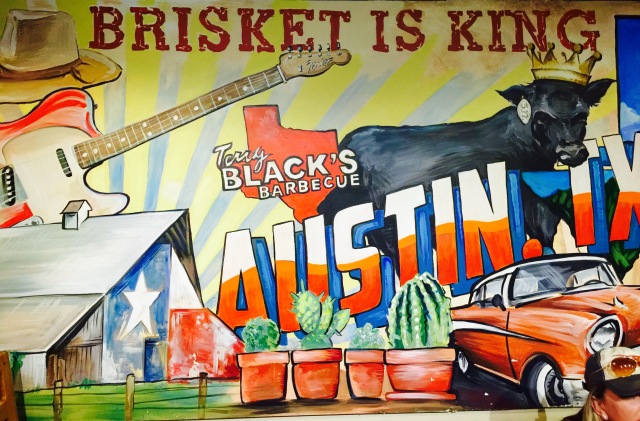 Since Teri and Billy have real jobs, I had all day Friday to myself. I walked along the river path a bit, and then across the Congress Avenue Bridge, where we’d seen hundreds of people lined up the night before to watch the bats come out. I actually prefer my mammals without wings, so I missed out on that phenomenon. Maybe next time.

I walked over to SoCo, the hip strip of South Congress Avenue where the stores compete to keep Austin weird. Here and there a chic clothing store tucked in amidst rows of enticing restaurants and shops. 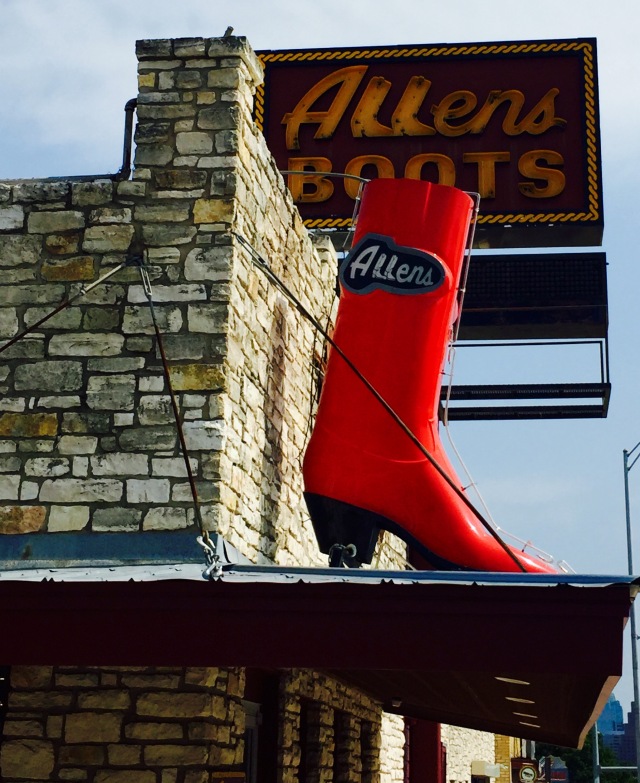 I probably should have started my Christmas shopping at Uncommon Objects because I know someone on my list is just waiting to get a stuffed mink in their stocking. 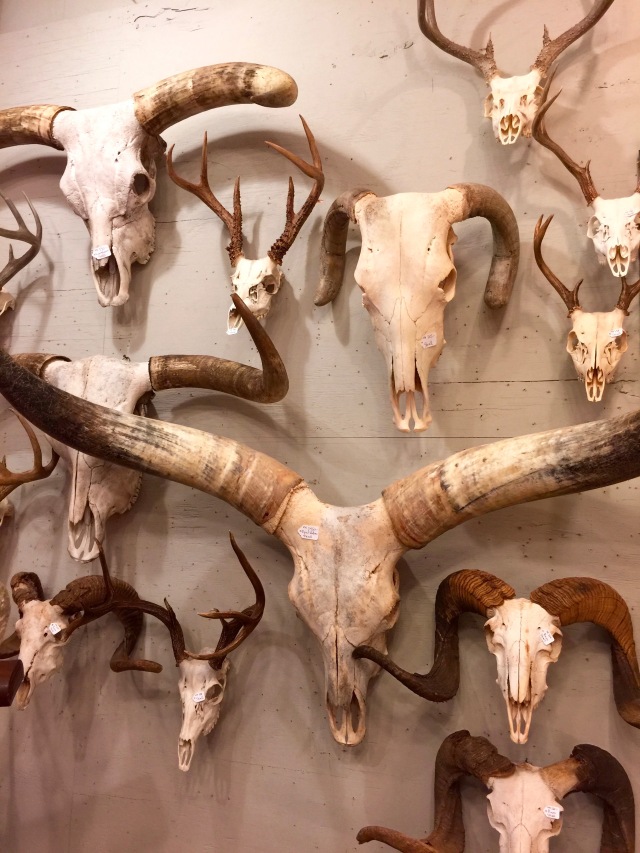 A highlight (among many!) of this trip was a sighting of the talented, tender, fiery, lyrical Patty Griffin in her native habitat. It was fun to see her last year at UCSB’s Campbell Hall, but she seemed far more at home on the stage at dusty Stubb’s BBQ . Just her and her very talented sideman David Pulkingham, delivering a soulful show for the standing room only (because there were no seats!) crowd. I wheedled my way to the front, where Teri found me and asked “What are you doing giving your phone number to a 25-year-old?” She caught me begging for a photo from my new friend, cellist Dan Radin who recently launched his Iron String project in Austin. He was standing next to me and I saw that he got a great shot of Patty; he was kind enough to forward it to me. Thanks, Dan! 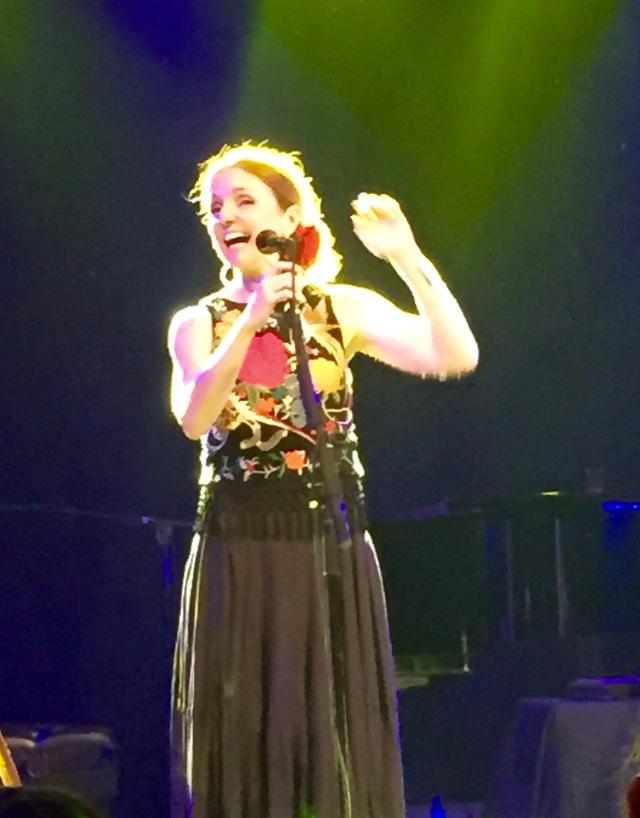 Austin is awash in fabulous restaurants. One of them is Josephine House where we went for a Saturday morning brunch. Yum! 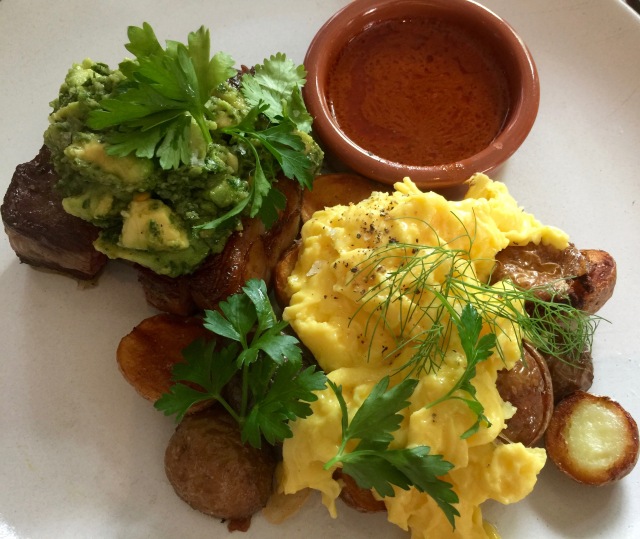 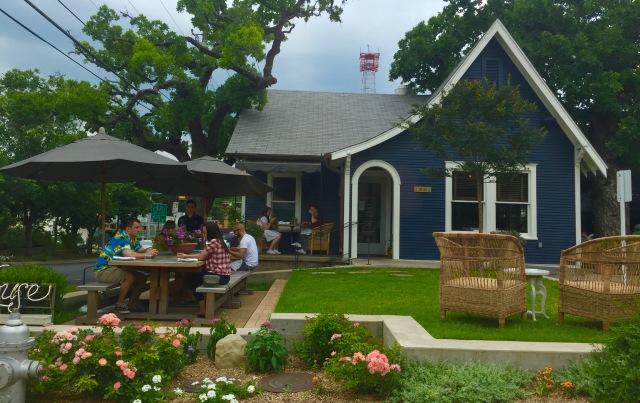 Teri and Billy have said that their Austin friends are like family, and I got to see why when I was graciously invited to tag along to a dinner party. Charming, erudite and delightful, every one of them. Of course, I did leave before the bourbon came out…who knows what happened next? Thanks so much for including me, all!

Such a great weekend. So much fun. The Austin-ians may have felt a momentary lapse in the hipness and the weirdness during the four days I was there, but they’ve got plenty of time to recover before I head back in September. Wedding bells and barbecue – can’t wait!

5 Responses to The Unhipster Goes To Austin.