Actually, It’s Not About The Bunny.

We were invited to a Good Friday breakfast yesterday morning. Alarm was set for 5 a.m.; not needed because I was up at 2 a.m., reading the news. The latest massacre of Christians, at a small university in Kenya. I read that the gunmen, from the Al Qaeda-affiliated group Al-Shabab, confronted students and demanded that they state whether they were Muslim or Christian. Those professing their Christian faith were gunned down on the spot. 147 people were murdered.

Laying there in the dark, reading the news accounts, I wondered, would I have had the courage to profess my faith and die for it?

By the time we arrived at the breakfast, I was ready for lunch. (And a nap.) Halfway through our scrambled eggs, a friend at our table shared that she was picking up Chinese take-out the day before at a small, family-owned restaurant, and was approached by the teenaged son of the immigrant owners. He had wished her a happy Easter, and then, tentatively, asked “I understand the meaning of Easter, but could you tell me just how the rabbit fits in?” 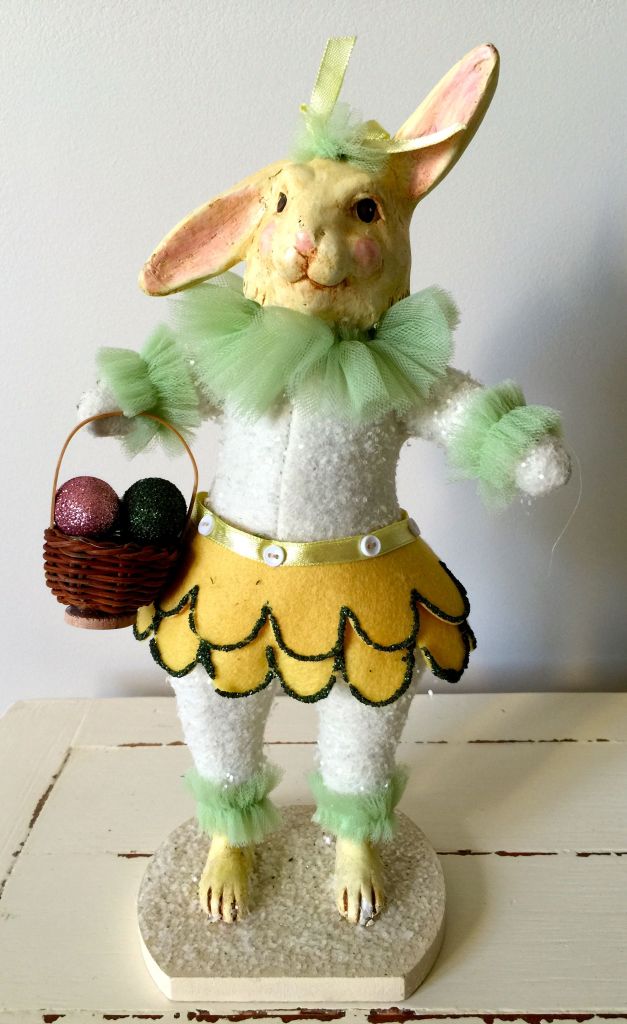 What about that bunny?

We shared a laugh around the table, and then we realized that not one of the eight of us sitting there had the faintest clue as to the provenance of the Easter Bunny.

So I went to Google, and guess what: nobody really knows for sure about that bunny! There is a tepid explanation about the rabbit being associated with Eostra, a pre-Christian Teutonic goddess of spring and fertility, whose symbol was the rabbit due to the animal’s high rate of reproduction. In the same way that Christian celebrations of Christmas enfolded the pagan tradition of decorating a tree, it is thought that 18th century German immigrants to the United States brought with them the legend about a rabbit laying eggs and hiding them in a garden. Fast-forward a few centuries, add Hallmark and Peeps, and you have our secular post-modern American version of Easter.

So what’s the difference if you believe in Eostra, or the Easter Bunny…or the Resurrection? There are plenty of people out there who would equate the three, although it can be noted that those Al-Shabab gunmen weren’t killing anyone because they believed in the Easter Bunny. Nor were the Romans, when they tortured and killed the Apostles of Jesus, who, one by one, were willing to die for their faith.  It is the Resurrection, the Good News, the promise of eternal life and the belief in a triune God that, over and over, pits a fallen world against the radical hope of Christianity.

There are Easter bunnies all over our house right now. And some foil-wrapped chocolate eggs, and yes, some Peeps, that I will try really hard not to eat. We will celebrate this Easter weekend with family and friends and, of course, there will be brunch. We will celebrate sunshine and spring.

And then he asks her, “Do you believe this?”

We are asked to believe the unbelievable. To stake our temporal lives upon an astonishing promise of eternal life. Do we believe this?  No wonder it’s easier to think about the bunny! 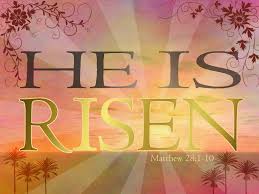 Happy Easter to you, my friend!
This day’s light shall have no end.
For Christ did rise
In the golden morn
And by His life are we reborn.

Happy Easter to one and all!
The night is over, the sun is tall.
The day did break with a tiny beam
And flooded life with Light supreme.
— Paul Kortepeter.

2 Responses to Actually, It’s Not About The Bunny.