Nothing is yummier than a big pot of Book Soup. My own recipe involves lots of cooks in the kitchen: I’m in three book clubs, so many of the books I read last year were chosen by others. Sometimes that leads to great discoveries and sometimes not, but the pleasure of sharing a camaraderie with other book-lovers outweighs the occasional dud.

My cooks’ tools include that increasingly-rare object: an actual book with pages to turn, along with lots of Kindle offerings and the occasional audiobook. My sentiments toward audiobooks are akin to my ambivalent feelings about Justin Bieber: I’m sure there’s a good reason for him to be in this world, but I’m just not sure I want to listen to him. Audiobooks are both a convenience and a scourge; the scales can tip either way. On the one hand; passive listening, on the other hand; a malevolent ear worm. You choose…

Absolutely charming. You don’t have to be a serious birder to enjoy this book. And, by the way, did you know that if you drummed your bill against a tree with the force of a woodpecker your brain would liquefy in less than a minute?

2. **  The Little Book of Valuation: How to Value a Company, Pick a Stock and Profit by Aswath Damodoran 256 pages

One in a popular series of “little books” on finance but it wasn’t “little” enough for me. Maybe that’s why I’m not killing it in the stock market.

I’m not much for best sellers but wanted to see what all the fuss was about so I downloaded and listened to this. Mildly entertaining. Maybe the movie was better?

This was a tough but gobsmacking read. Not just stream-of-consciousness but cartwheels and pirouettes of consciousness. You probably won’t like Colonel Thomas Sutpen, but you will never forget him. Oh, and according to the 1983 Guiness Book of Records, chapter 6 includes the longest sentence in literature.

Spectacular illustrations but the narrative can’t decide if it wants to be a book or a term paper. I didn’t buy the authors’ co-evolution theory but my respect has immeasurable increased for those forty-six species of raucous, grudge-holding, tool-using crows around the planet. This one must be read in book form so that you can marvel at Tony Angell’s artwork.

You’ll find this book on most “best of” lists about the Vietnam War. Is it fiction or non-fiction? You’ll have to decide for yourself, as O’Brien isn’t telling. Painful to read; masterfully written. Quote: “I survived, but it’s not a happy ending. I was a coward. I went to the war.”

Endless thanks to @sundayrarebooks for inspiring me to read this wonderful book by the remarkably modern and clear-headed Woolf. A quote she includes from Duchess Margaret of Newcastle: “Women live like bats or owls, labour like Beasts, and die like worms…”

My book club gobbled this one up. It helps to have a musician’s familiarity with the piano but is not absolutely necessary as long as you have a passion for Paris. And who doesn’t?

9. **** Personal Recollections of Joan of Arc by the Sieur Louis de Conte : The Complete Version by Mark Twain 262 pages

Twain originally requested that the serialized work be published anonymously since the historically accurate novel was such a departure from his usual oeuvre. It is a faithful re-telling of the spiritual and historical life of The Maid of Orleans, which Twain, a non-believer who was noted for hating Catholics and the French, nonetheless declared his favorite work.

A good read: the improbable but true story of Joan of Arc as retold by Mark Twain

Winner of the Pulitzer Prize for fiction in 2013. You think you are reading a dystopian fantasy until you realize that, while fictionalized, the crushingly bleak events in this novel, set in North Korea, are based in truth. And terrifying. Johnson, an associate professor of creative writing at Stanford, is a huge talent. I can’t wait to see what he does next.

The remarkably clever Eugenides almost out-clevers himself here with his somewhat unwieldy 19th century”marriage plot” motif.  But if you have a good handle on semiotics and/or attended Brown University, this novel is most definitely for you.  I, for one, preferred Middlesex.

How could it go wrong? Enterprising young Irish woman emigrates to New York and somehow the story is a bore? How can a tale so full of Irish Catholics be so soulless? An easy and somehow empty read.

I would have given it 4 stars if Ms. Tartt would promise to edit the book’s cumbersome midsection during which the protagonist is stranded amidst much fear and loathing in Las Vegas. The first 50 pages of this sprawling story may be its best, but the characters are well-enough drawn that you want to persevere to see how it ends. Quote: “Because here’s the truth: life is a catastrophe.” Tags: art, furniture restoration, bad parenting, sailing, unrequited love, drugs, New York City

A serious and well-written biography so I probably shouldn’t say this but my final take is that Karl should, after all, be lumped in with Groucho, Harpo and Chico. A failed academic who can’t balance his own checkbook decides he should dictate world philosophy and economic policy? Marx was a philanderer, agitator and self-loathing Jew who hated Jews. He was an atheist who sent his children to Catholic school. Without Friedrich Engels’ daddy issues and daddy’s bankroll, these two clowns would have remained in well-deserved obscurity. Sperber rightfully argues that the Eurocentric Marx is most relevant when he is contained to the 19th-century European worldview of his times.

Very interesting study of a cross-cultural train wreck that occurs when a Hmong child in Merced, CA is diagnosed with epilepsy.

Grippingly well-written account of Stalin’s youth and rise to power. One wonders what might have happened if the former Josef Vissarionovich Djugashvili had gone on as planned to become a priest instead of changing his name and becoming a thug, bank robber and mass-murderer who slaughtered 20-25 million of his countrymen. Quote: “Throughout his life, Stalin’s detached magnetism would attract, and win the devotion of, amoral, unbounded psychopaths.” 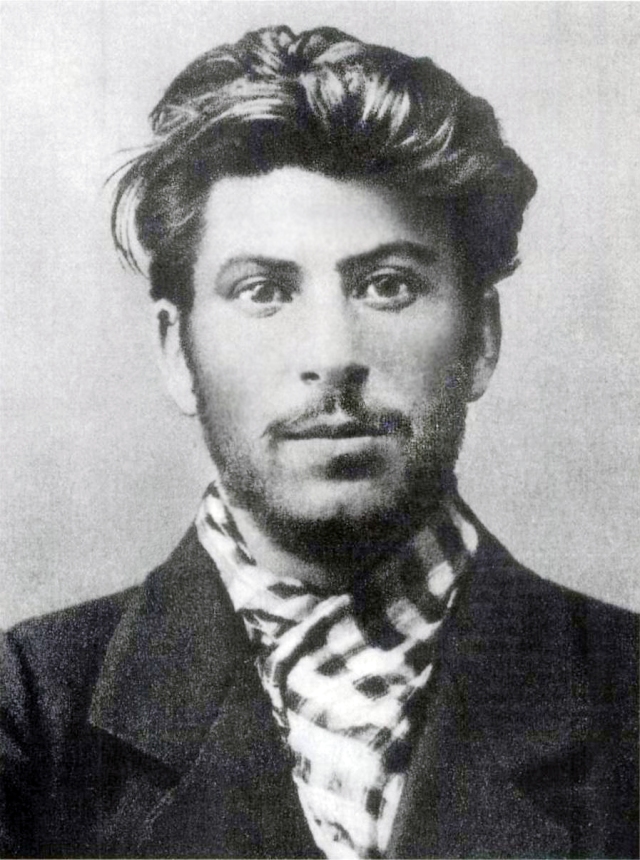 A photograph of the young Josef Stalin (wikipedia image)

The narratives don’t quite hold up but the character of Sherlock Holmes (and thus Gregory House) is a keeper.

The weakest of Follett’s potboilers of historical fiction.

A few good ideas, stretched over-far to sell a book. He surveys the concepts of “intrinsic motivation” and “flow” and observes that economics is more about human behavior than about money.

Charming and often heartbreaking memoir of Dame Sheldrick’s life in Kenya, where she kept a veritable menagerie of bush pets and persevered to develop a formula that could sustain the milk-dependent elephant calves orphaned by culling and poaching. She quotes from Gandhi: “the greatness of a nation can be judged by the way its animals are treated.”

Don’t read this if you want to sleep any time in the next two weeks. An interesting and terrifying book from the New Yorker writer and author of “The Hot Zone”. Everything you never wanted to know about smallpox (massive Russian stores of smallpox are rumored to now be in North Korea?) and anthrax.

The last third of this book, with its arresting remembrances of wartime privation and atrocities, provided backbone and poignancy to this otherwise syrupy and cloying WWII story. I listened to the audiobook, narrated by the very capable Juliet Mills.

Welty is yet another star in the brilliant sky of Southern authors. Reading all of her stories is a worthy task, but if you are hesitant to make a commitment to the entire collection, you must at least read “The Wide Net” , “A Still Moment” and O. Henry prize-winner “The Burning”.

This fictionalized Civil War war experience of a character from fiction – the father from Louisa May Alcott’s Little Women, just didn’t work for me, although it has been a very popular book with other readers. Brooks gives us no reason or opportunity to admire the character she has created, based in part on Alcott’s own father.

Hessler, who served in the Peace Corps in China and began his illustrious journalistic career as a “clipper” for the Wall Street Journal there in the late ’90’s,  has a gift for insightfully interweaving the country’s history, politics and culture. He never falters in his dual roles of meticulous historian and bemused observer. Recommended.

I wasn’t really a Hemingway fan, but reading this book while visiting Key West tipped me into Papa’s camp. If you’ve seen the film, you need to know that director Howard Hawks shifted the setting to Martinique. The book’s setting is Cuba, so maybe a timely read? 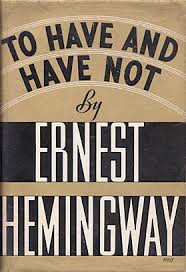 If you can, read it in Key West. (wikipedia image)

1995 winner of the Pulitzer Prize for fiction, this lovely novel examines the unexamined life of one Daisy Goodwill and the ways in which she is shaped by her heritage, culture and time. Backdrops include Manitoba, Canada; Bloomington, Indiana and Sarasota, Florida.

28. **1/2  Hang a Thousand Trees with Ribbons: The Story of Phillis Wheatley by Ann Rinaldi 336 pages

I’m glad someone wrote a biography of the young black slave whose poetry came to the attention of George Washington. Unfortunately, since so little documentation was available, the book, a young adult read, is largely fictionalized, which doesn’t strike me as a good idea for a biography.

29. **1/2  Love Does: Discover a Secretly Incredible Life in an Ordinary World by Bob Goff 240 pages

This book has been wildly popular in Christian circles. Bob Goff, who rose from slacker to successful attorney implies that you can have it all with God and a positive attitude. Don’t get tangled up in scripture or theology, he suggests, but live life “palms up” because “Maybe Jesus wants us to be secretly incredible”. It all sounds good, but I’m still scratching my head…

Another pop science/psychology book that has some interesting observations but could have accomplished its work in a magazine article of readable length rather than an over-important, over-stuffed book.  In a culture that celebrates extroversion, Cain sings the praises of the introvert. 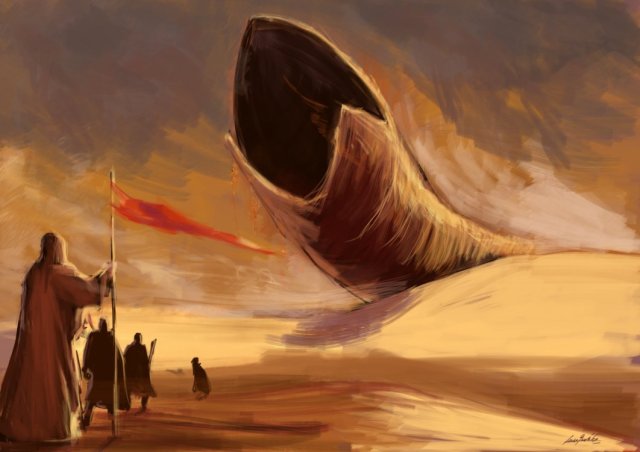 The worm turns. Dune, by Frank Herbert, is a sci-fi classic (image from pop-culture-y.com)

A science fiction classic and well worth the read.  Quote: “A leader, you see, is one of the things that distinguishes a mob from the people. He maintains the level of individuals. Too few individuals, and a people reverts to a mob.”

32. *** The Big Burn: Teddy Roosevelt and the Fire that Saved America by Timothy Egan 352 pages

Other than the over-arching title and Egan’s annoying political commentary, this was an interesting read about the beginnings of the U.S. Forest Service and a whopper of a 1910 fire the size of Connecticut.

The 1910 forest fire swept through Washington, Montana and Idaho (image from amazon.com)

Light reading, but winsome characters. Orphaned Fin grows up under the dubious guardianship of his free-spirited half-sister, Lady, to whom men “were a kind of fuel. They singed their poor, battered white wings. And Lady glowed and shone.” Fin was “a boy in a world of crazy, selfish, violent adults.” Backdrops of 1960’s Greenwich Village and the island of Capri. Throw in a collie named Gus and you have a nice summer beach read.