Apologies to anyone following the Polloplayer travelogue. Losing Dizzy so unexpectedly has been a shock; I don’t know how long one is allowed to grieve for a feline companion of thirteen years before people start whispering “weird cat lady” behind your back, but at less than two weeks out, the sadness is still pretty raw.

But let’s get back on the road.

We threw Philadelphia into the mix because it leapt off the map at us between the Chesapeake Bay and our ultimate destination of NYC. We weren’t really expecting all that much, but after reading David McCullough’s John Adams and 1776, Ron Chernow’s Washington: A Life and Walter Isaacson’s Benjamin Franklin: an American Life, my curiosity about this city so central to our country’s history had been piqued. Another great read and a terrific primer for a visit to Philadelphia is Catherine Drinker Bowen’s Miracle at Philadelphia:The Story of the Constitutional Convention May – September 1787. It sounds dry but isn’t, and I may have learned more about the origins of our country in this book’s 346 pages than in anything else I’ve read.

The obligatory pilgrimage while in Philadelphia is a trip to Independence National Historical Park. I made a planning goof by not realizing that you have to reserve advance admission to visit Independence Hall, so we weren’t able to go inside, but there was plenty else to do. The sweltering heat mercifully pared the line we stood in to see the Liberty Bell, which gave us more time at National Constitution Center, which was a surprisingly powerful experience. 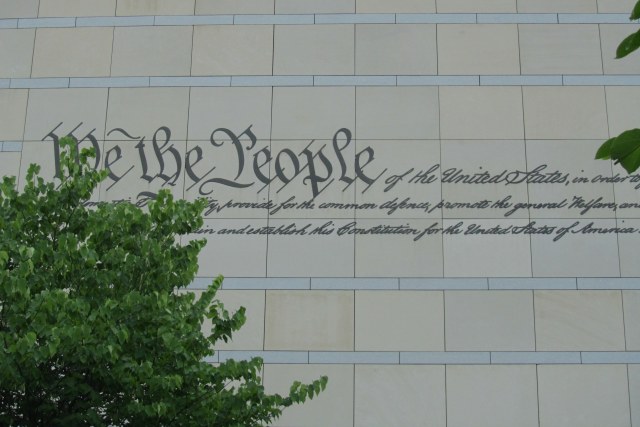 The National Constitution Center: worth a visit!

HIstory comes alive: the center features a room with life-size bronze statues of the 39 signers of the Constitution 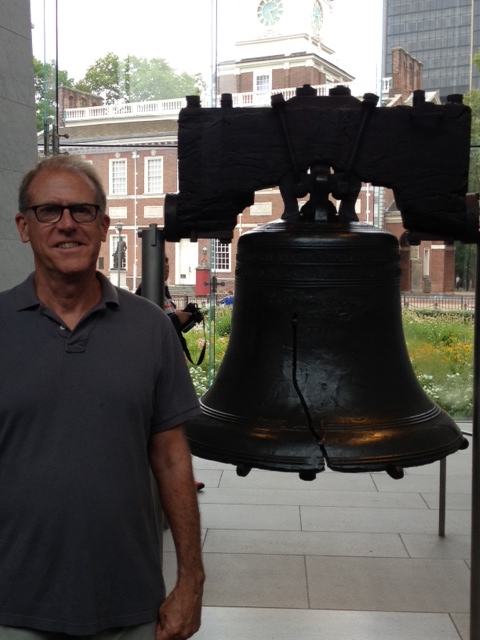 Christ Church, where Benjamin Franklin is buried, is across the street from the National Constitution Center

After a day of American History, we turned to Art History with visits to the Barnes Collection and the Philadelphia Museum of Art. Both are must-sees if you are in Philadelphia. 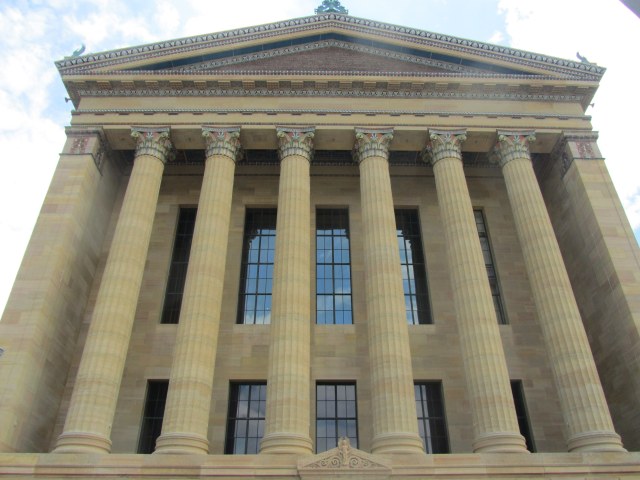 And, of course, since all that touring makes you hungry, we did have a few more great meals in this restaurant-studded city. We spent one lovely evening watching the world go by at the lively Parc Brasserie on Rittenhouse Square. 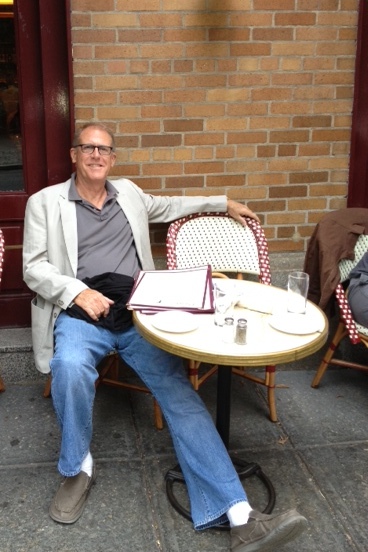 Relaxing at Parc Brasserie: you will need reservations!

And on a recommendation from a Philadelphian couple we met along the way, we ventured to south Philly for a southern Italian dinner at Victor Cafe. The red sauce was good, but the arias were even better: all the waiters are talented opera singers who set down their trays to belt out a selection from Verdi or Puccini. 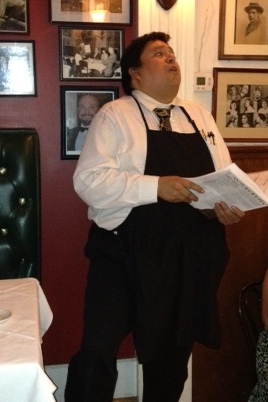 Our waiter served the canneloni and then burst into song

Old school at Victor Cafe: this is how spumoni should be done

6 Responses to Rewind: our Philadelphia Story