Chesapeake Bay Bridge and Beyond.

After renting a car in WDC, we set our sights for the Eastern Shore of Maryland. More water than land, with its creeks, marshes, tributaries and great big bowl of Chesapeake Bay, we weren’t surprised that the gateway to our destination involved a bridge. But with a vertiginous approach and a four-mile-plus span, this one may just be a bridge too far. 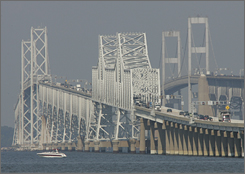 The Chesapeake Bay Bridge, one of our country’s most feared

I was oblivious, squeeing over the view and snapping (blurred) photos from the passenger seat. 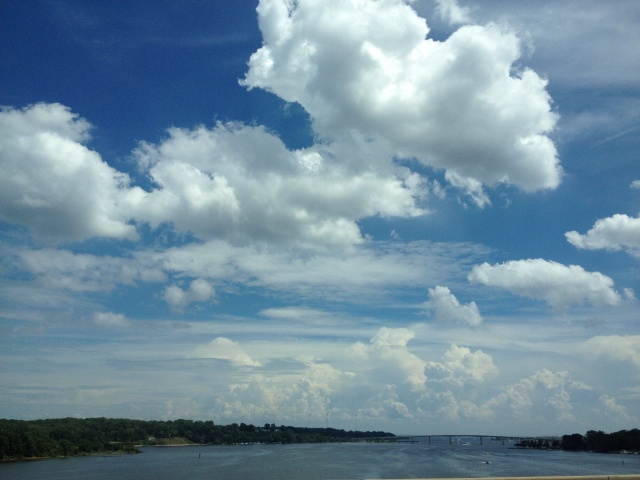 You can’t blame me for focusing on the view, right? (Polloplayer photo)

Unbeknownst to me, CE had a death-grip on the steering wheel and little beads of sweat forming on his temples until he finally exhaled about three-quarters of the way across. He’s not alone: many people refuse to go anywhere near this bridge. Others pay the Maryland Transportation Authority to have someone drive them across, some so paralyzed by fear that they ask to ride in the trunk of their car for the duration. No, I am not making this up. 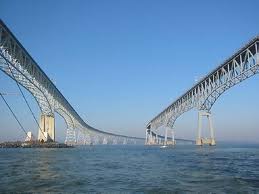 But, of course, that’s all water under the bridge now. Soon we were taking in the sights of St. Michael’s, a quaint little village on the Miles River. 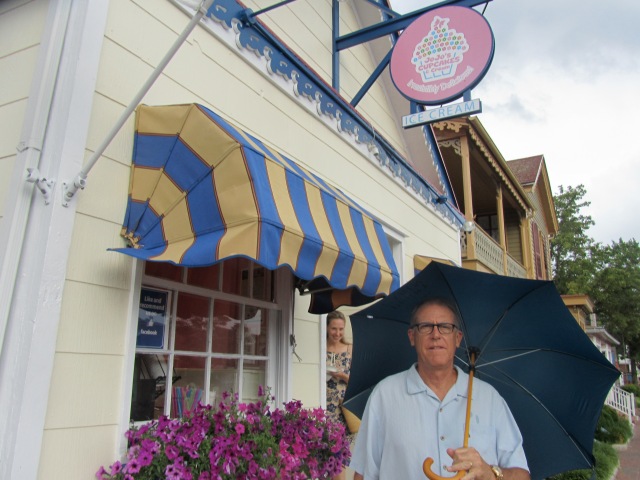 Most of the action is on Talbot Street

St. Michael’s holds dear its reputation as “the town that fooled the British” during the War of 1812. Advance warning of an imminent after-dark British attack from barges on the Miles River allowed the citizenry to prepare by hanging lanterns in the treetops of the nearby woods while imposing a blackout on all lights in the village. The British took the bait, shot up the woods and sailed away, not realizing they had struck but one of the town’s buildings, a harborside home since dubbed “Cannonball House”. Today, the Union Jack flies alongside U.S. flags in the town harbor as a sly reminder of the Brits’ dubious victory. 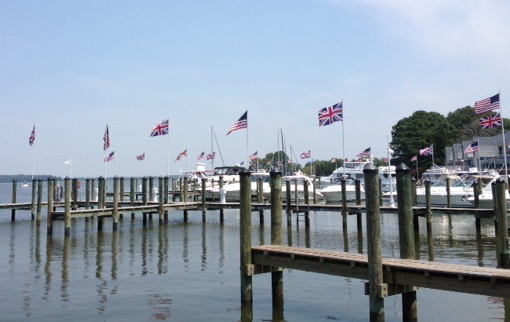 The flags in St. Michael’s harbor

We checked into our room at the Inn at Perry Cabin on what we were told was the hottest day so far this summer.We cooled down with a beverage at the hotel pub, where we met some other thirsty guests. Later, we sat out on our balcony and watched twilight turn the light blue sky into darkness. It was absolutely quiet; a monastic silence. Just a beautiful place to be! 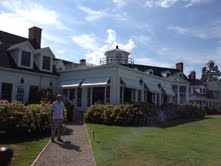 Cooling off in the hotel pub

We made friends with Lily, a fellow guest at the Inn.

Braving the heat outside 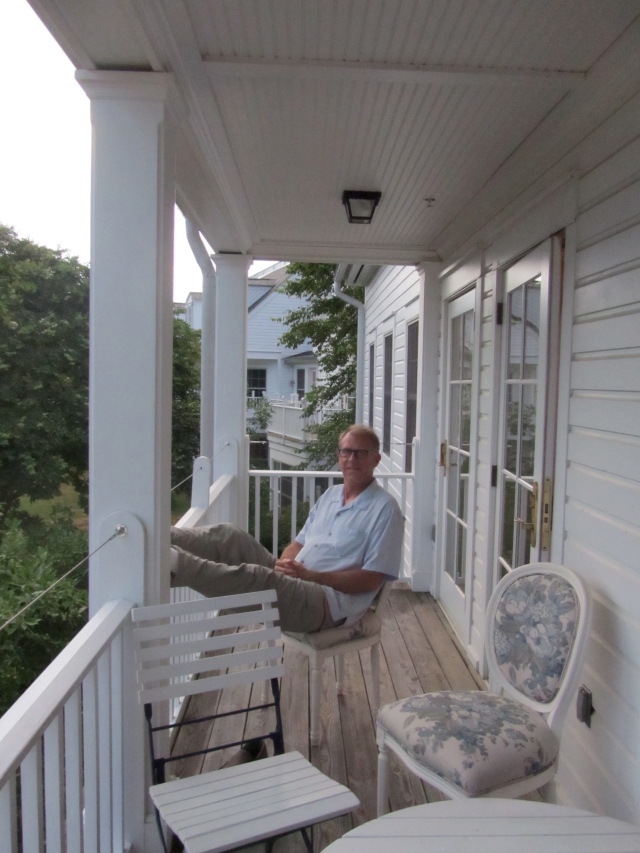 Relaxing on our balcony 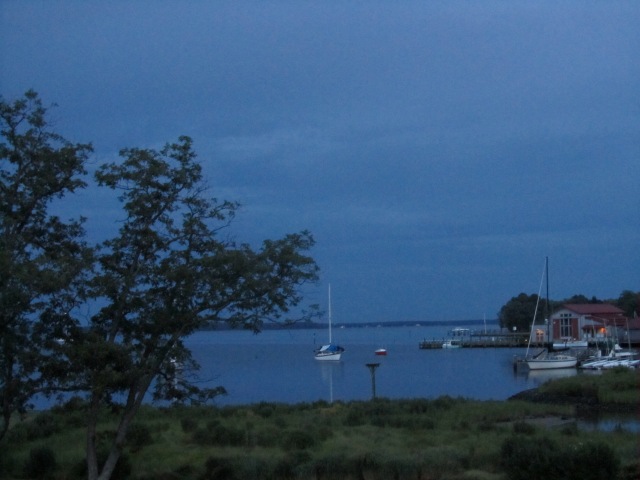 It was worth the scary bridge trip to get here!

4 Responses to Chesapeake Bay Bridge and Beyond.