Culture and Calories in WDC

Aside from the fact that DC needed more AC during our hot, muggy days there, it was a great visit. And probably our last visit for awhile, since Taylor is going to make it four for four – like Angie, Tina and Daniel before him,  he’s set to move to NYC in the fall. 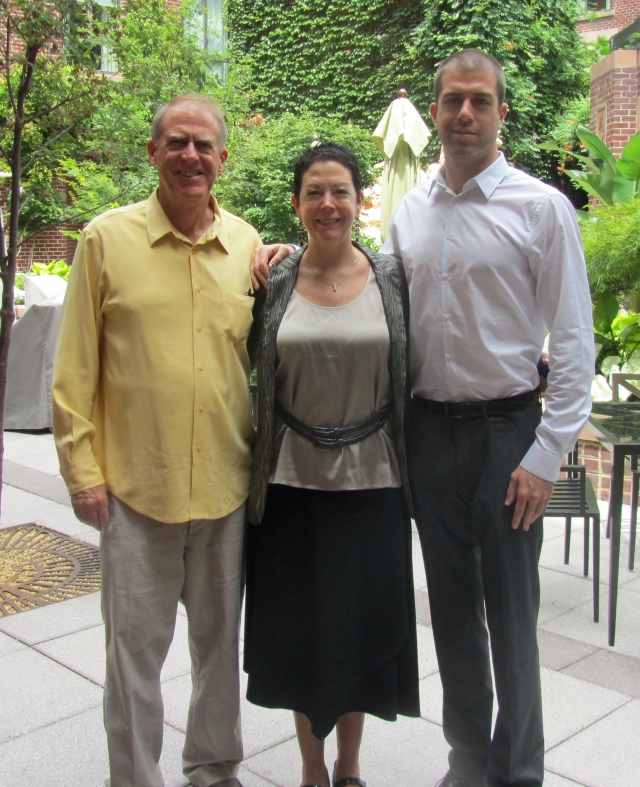 Our favorite haunt in WDC is the National Gallery, but we’ve been there so many times we decided to branch out a bit. In addition to the Titanic exhibit at the National Geographic Museum, we visited the National Museum of American History, one of my favorite destinations because it is the home of the stirring Star-Spangled Banner exhibit.

Another must-see offering there is “The Price of Freedom: Americans at War”. We got quite a history lesson just going through the portion of the exhibit that deals with the American Revolutionary War and the War of 1812. 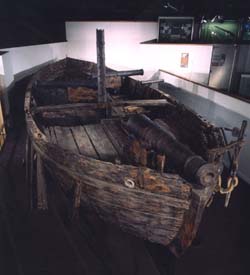 The oldest surviving American fighting vessel, the gunboat “Philadelphia” was sunk at Lake Champlain just months after it was built in 1776. 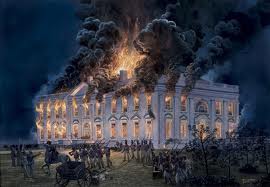 Did you know that the British burned the White House during the War of 1812? (We didn’t) (Washington Post image)

If you go: The National Museum of American History is located at 14th Street and Constitution Avenue, N.W. The cavernous lobby gives you no clue of the treasures that lie within: there is no directory,one harried employee at an information desk, and an inexplicable display of vintage lawnmowers behind glass cases. Get thee to an elevator – there’s lots to see upstairs!

After our injection of history, we wandered over to the Corcoran Gallery for art and air-conditioning. Their permanent collection of American Art to 1945 seems to feature mostly lesser-known works by well-known painters in a stately setting.

“Niagara” by Frederic Church at the Corcoran. Nice way to cool off on a hot day!

We also saw a current exhibit by photographer Charlotte Dumas called Anima. She offers winsome series of photographs of the caisson horses at Arlington Cemetery at the end of their work day as they dozed off to sleep. 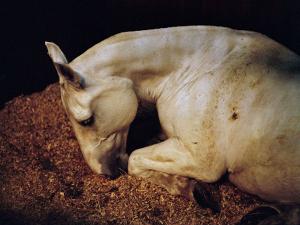 The Anima exhibits continues through October of 2012

If you go: Located on Seventeenth Street between New York Avenue and E Street, N.W., the Corcoran Gallery was almost empty the day we visited. Everyone we subsequently talked to said “there are problems at the Corcoran” – it seems to be in some kind of transition. Has it lost its way? So much potential there, but perhaps not at the top of the list of local attractions.

Of course, all this touring makes a person hungry. We had an outstanding dinner with Taylor at The Tabard Inn and a sumptuous Sunday brunch with him, Christine and Dana before we said goodbye to them and WDC. 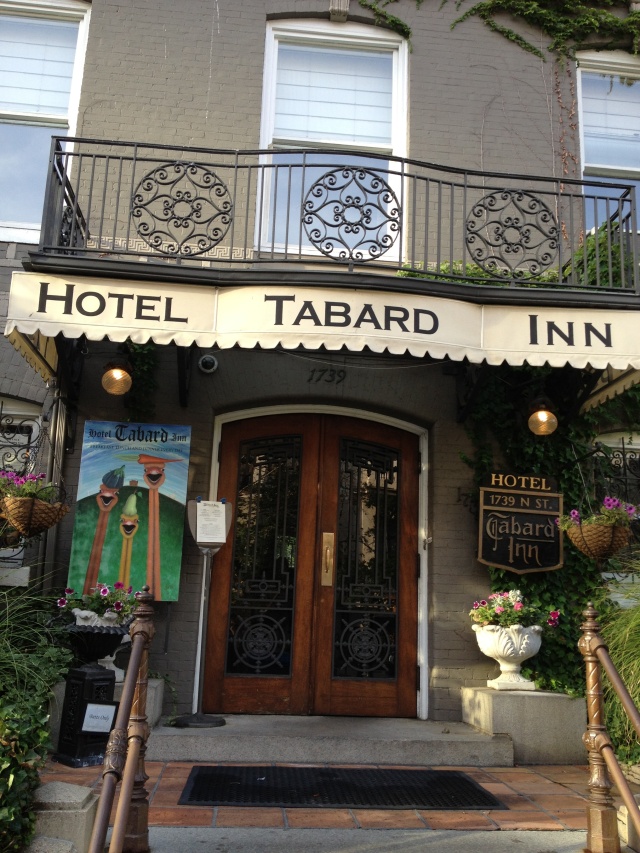 Famous for their Sunday brunch, the Tabard Inn is also a great choice for dinner near the Dupont Circle neighborhood. 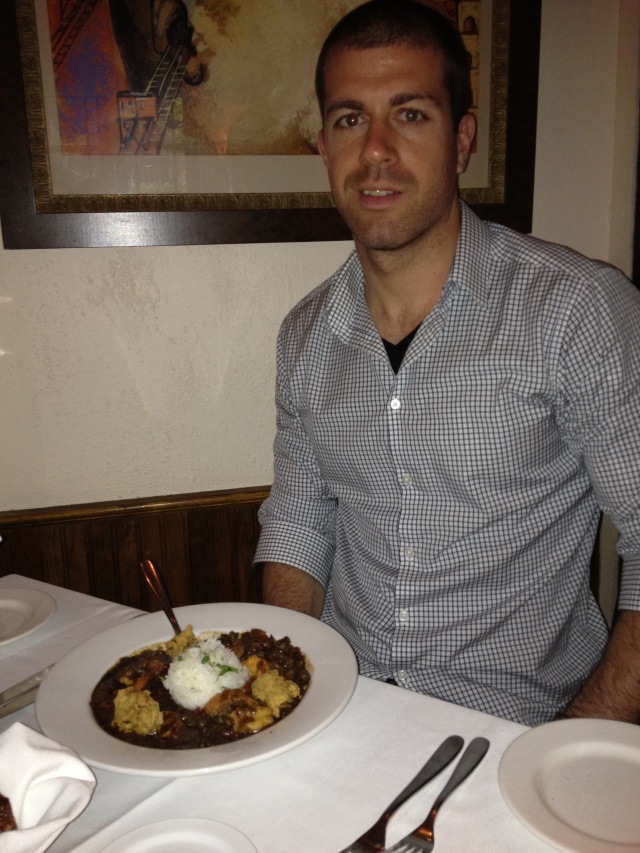 Taylor enjoys dessert at the Tabard Inn. We love to watch him eat! 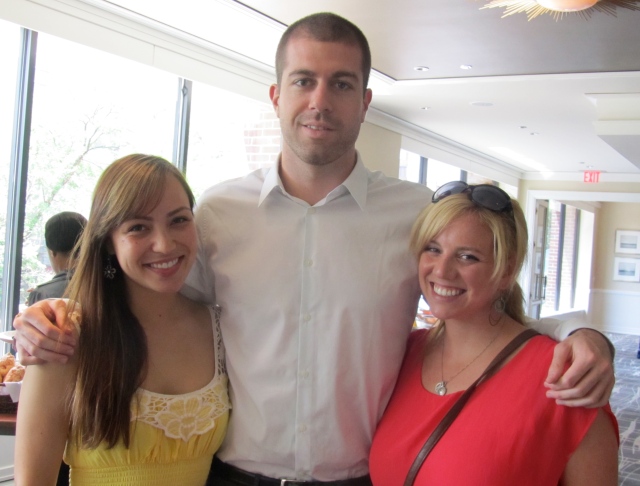 Christine, Taylor and Dana at brunch 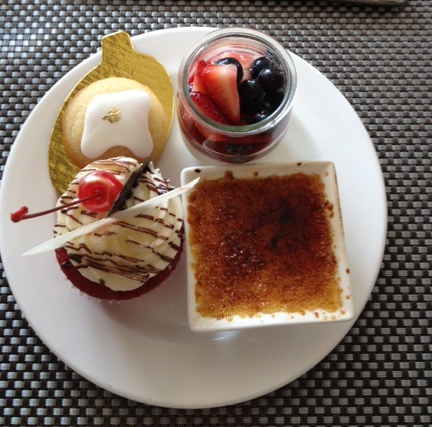 5 Responses to Culture and Calories in WDC