Let’s hear the love for Lucy!

I take back all the mean things I’ve said about Lucy.

When you think about how close the chicken coop is to a boiling pot on the stove, it’s almost a Christmas miracle that Lucy hasn’t ended up in a casserole. But Lucy’s story, luckily, is one of redemption. 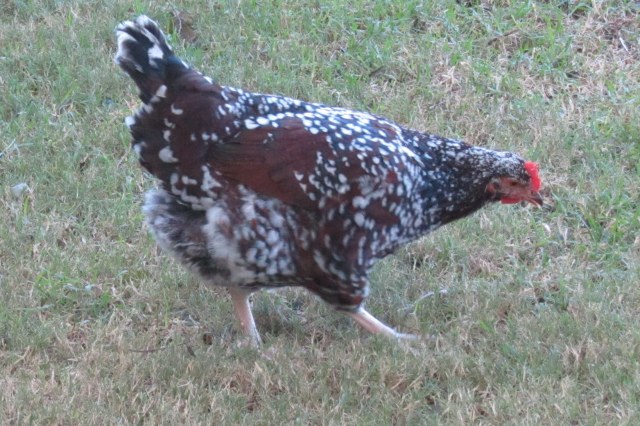 I’m a sucker for the underdog or, in this case, the under-chicken. And when I noticed that Lucy was isolated from the rest of the flock during the nightly who-rules-the-roost-in-the-coop pecking order competition, my irritation with her began to soften. Several nights in a row I found Lucy marooned on the nesting box counter while the rest of the flock preened over on the roosts. At first I thought it was just another dumb-Lucy antic, but when I put her back with the rest of the ladies, I saw that they immediately reached over to peck at her. 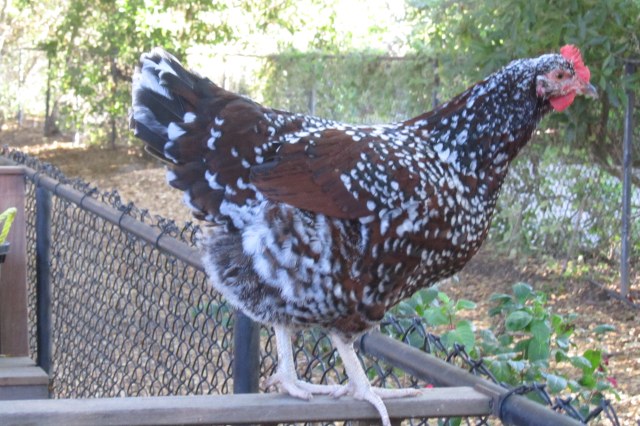 Lots of speckles, but no friends.

So I conducted a brief experiment in social engineering. Every time another hen would reach over to peck at Lucy, I gave that hen a smart little smack upside the head. Three or four of those seemed to do the trick, and after a few evenings of hen relationship intervention (as I’ve said before, other people have lives, I have chickens…) things have seemed to settle down and Lucy has found a spot on the roost. 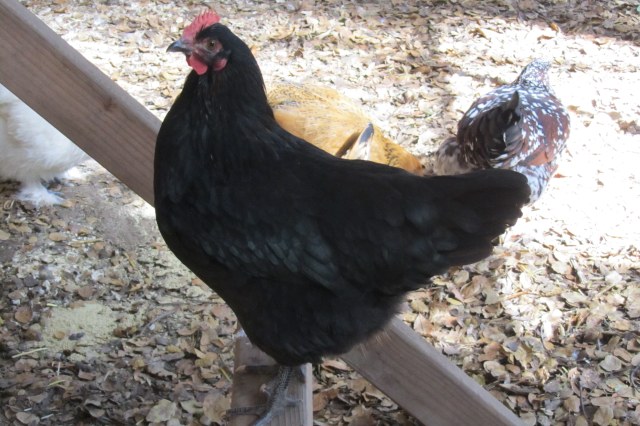 Mean girl! Tulip is turning out to be the most aggressive chick in the flock.

Lucy seems a bit less skittish, too. I’d like to think she appreciates my hen-smacking efforts on her behalf, but the more likely answer is maturity. (On her part, not mine, since we all know that just because I’m getting old does not mean I will ever grow up, right?) Yesterday, Lucy proved to the world that she is all grown up: while I was cleaning the coop, she hopped up on the nest and laid her first egg! 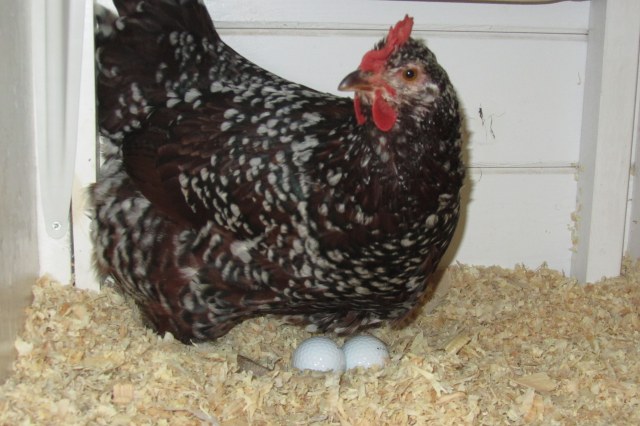 Those golf balls have been a great "x-marks-the-spot" guide to show the girls where to lay.

Lucy’s egg is creamy beige and very similar to those that Hope lays. It will be hard to tell them apart. 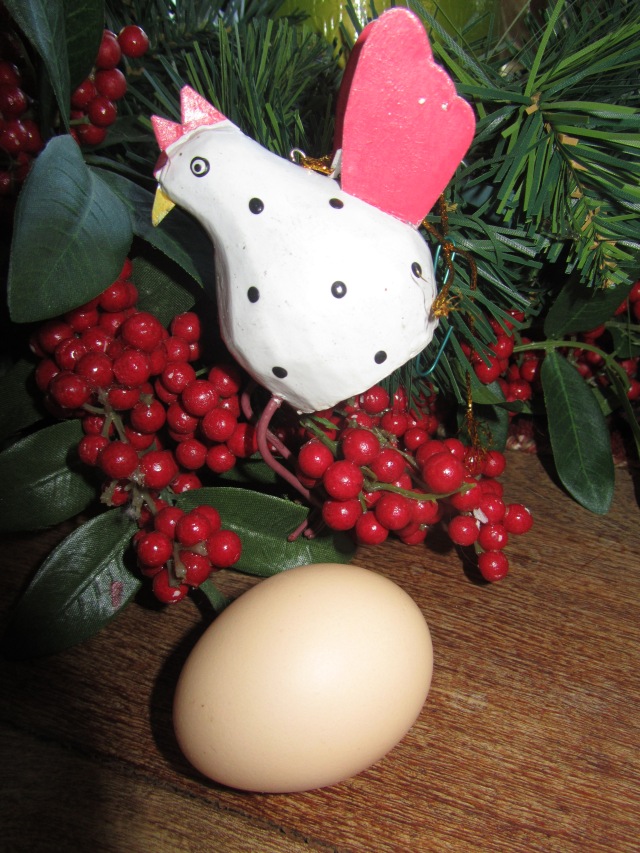 I can now add "chicken egg photo stylist" to my resume.

She is right at the 27-week mark in age – just past six months – which is probably around the average time for point of lay. Tulip and Coco were just five months when they began laying; no sign of eggs yet from Luna or Pippa. According to Wikipedia, we can expect approximately 240 to 260 eggs a year from Lucy. That’s a lot of breakfasts! 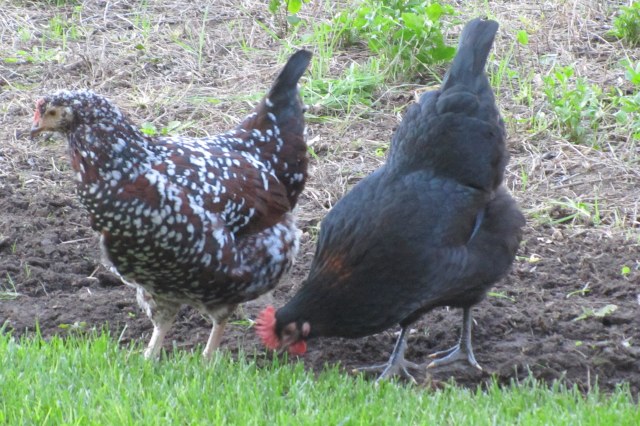 2 Responses to Let’s hear the love for Lucy!