Rodin and Claudel: the sculptor, his muse and the Musee

Travel-wise we’ve moved well beyond, but I can’t seem to leave Paris behind. You understand, I’m sure.

After lunch on Thursday we ambled over to the Musee Rodin, which is just a stroll from the Invalides. 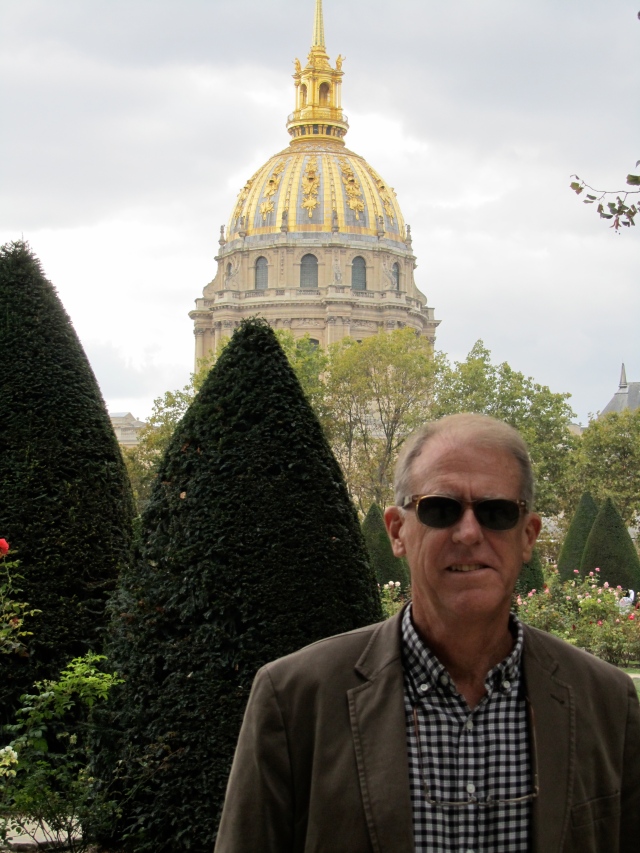 The CE in the garden at the Musee Rodin with his beloved Dome les Invalides in the background.

I wasn’t quite sure if the Musee Rodin was going to be a “must-see” or not – The Thinker will never be the same for those of us who remember Dobie Gillis and Maynard G. Krebs, and I had already seen one of the eight copies of Les Portes de l’Enfer many years back.

What I didn’t realize is that the Musee is housed in the Hotel Biron, where Auguste Rodin lived and worked while in Paris during the early 1900’s. It was at his own direction that the building later became a museum for his works. 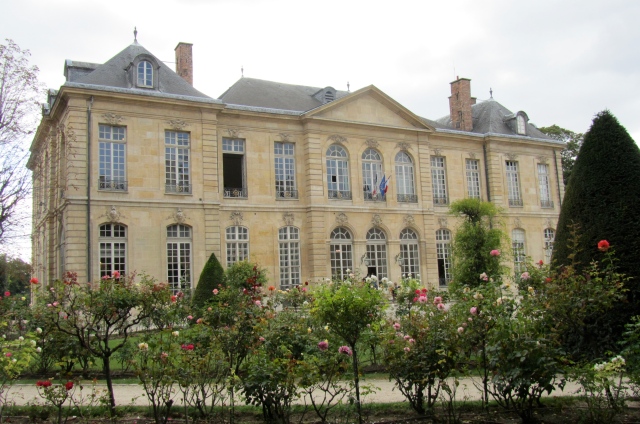 The imposing Hotel Biron, site of the Musee Rodin.

The gardens are a stunning backdrop for sculptor’s work, and when you enter the building, there is a whiff of time travel – a sense that Mr. Rodin could step around a corner at any moment. 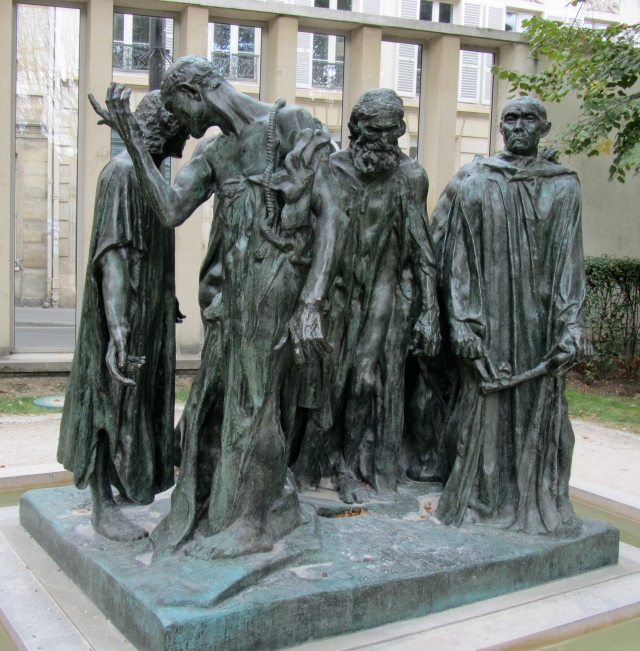 The spectacular Burghers of Calais 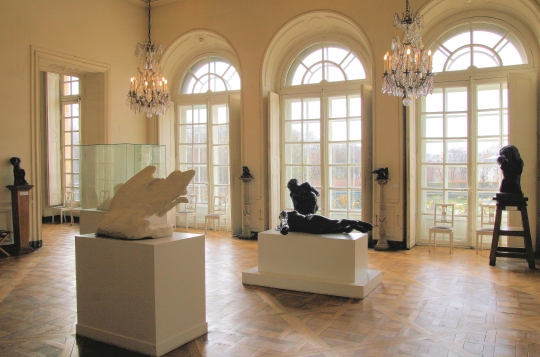 As we walked from room to room, we realized that many of the sculptures were not created by Rodin, but by Camille Claudel, a talented seventeen-year-old student of Rodin’s who became his protege, muse and mistress. 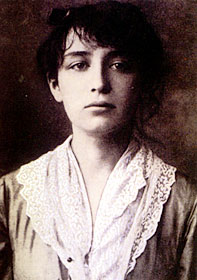 She was, of course, beautiful and things did, of course, end badly. Rodin was disinclined to leave his long-time companion, Rose Beuret, and Claudel never recovered from the final break in the relationship in 1898. By the early 1900’s, she began to manifest unmistakable signs of psychosis. She ultimately destroyed many of the sculptures she created, and, sadly, lived the last thirty years of her life in hospital psychiatric wards. 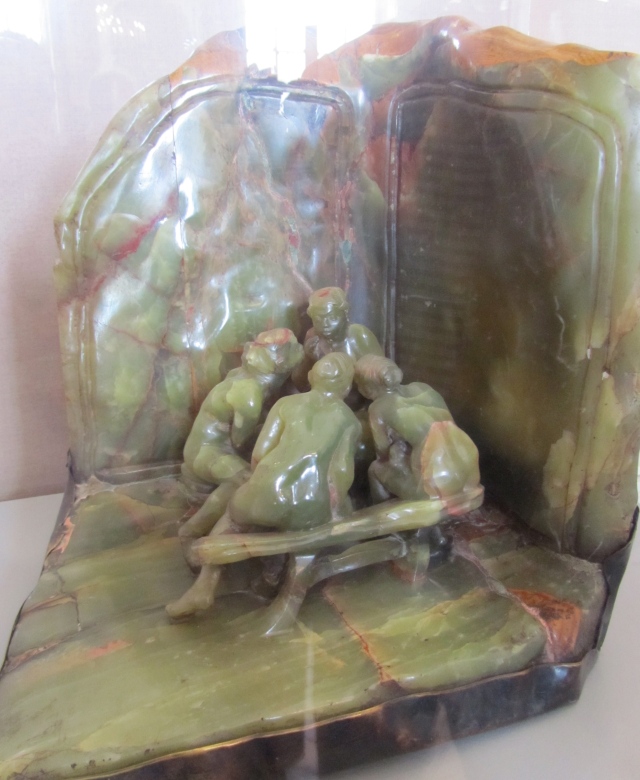 This sculpture of Claudel's "The Gossips" is carved from onyx. 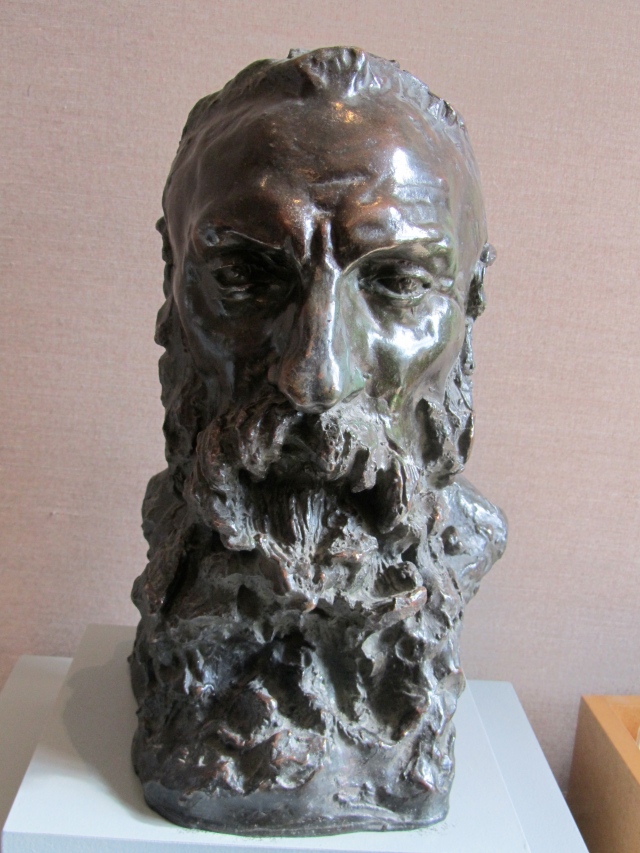 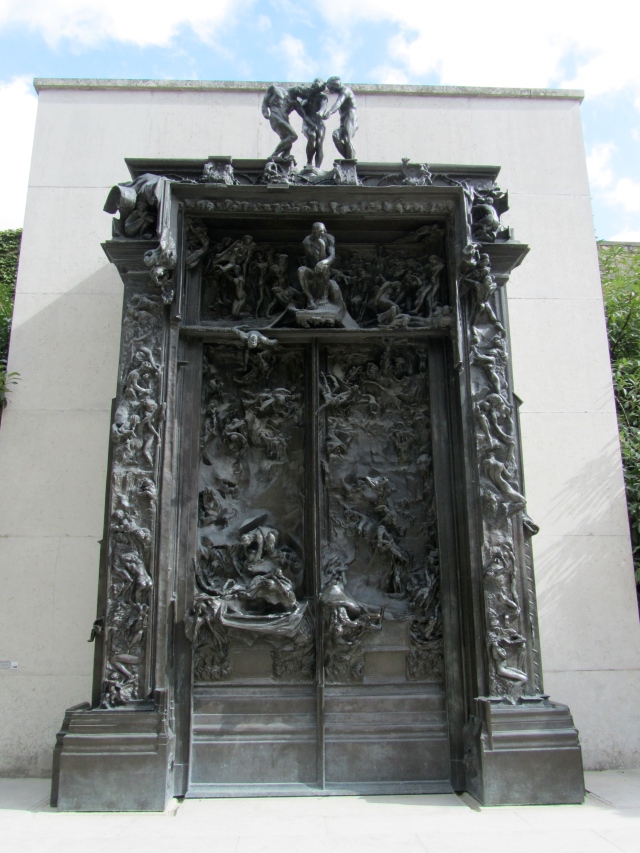 The Gates of Hell

The story is tragic, but I suspect Claudel would be satisfied to know that, in the end, her work and her lover’s remain intermingled at the Musee. 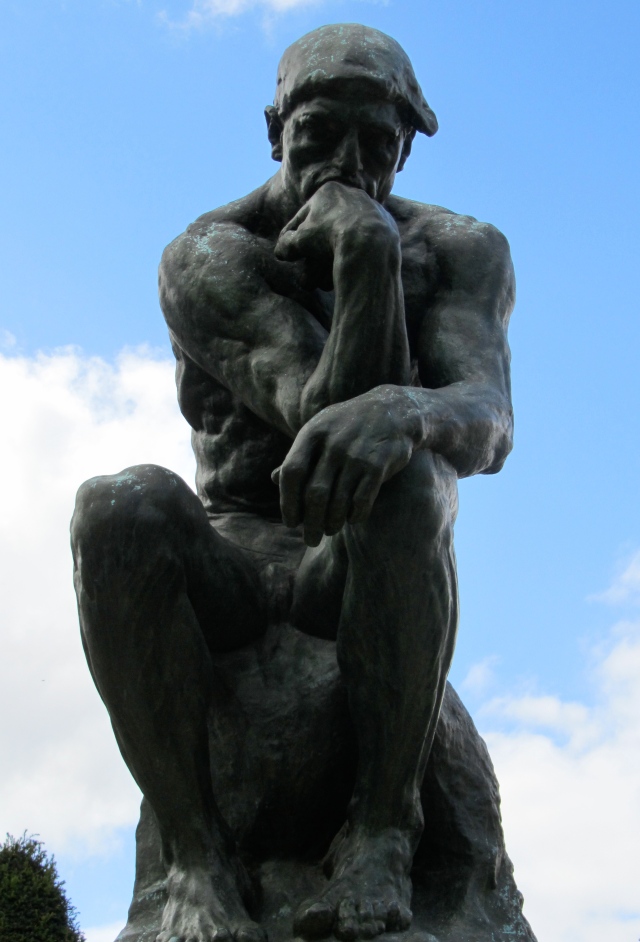 4 Responses to Rodin and Claudel: the sculptor, his muse and the Musee