When was the last time you saw your best friend from childhood? Quick, call them up, plan a reunion! It will be the most fun you’ve had in a long time. 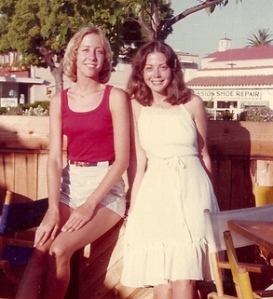 If there is data anywhere on the demographics of the population of Elkhart, Indiana, my friend Nancy and I are in the teeny tiny sliver of the statistical pie chart representing the ones who got away. Fled. Flew the coop, as it were. It is not easy to escape Elkhart, as it is not exactly a place that prepares you well for greener grass. Don’t get me wrong. Elkhart has its merits. I just can’t think, at this particular moment,  of what they might be. 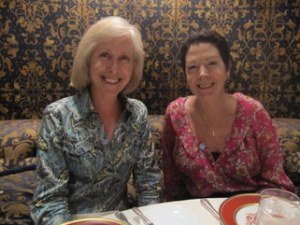 And last week, in NYC

Nancy and I met in 6th grade, and it took another ten years of wheedling, conniving, plotting and treachery to effect our getaway. Assistance was provided along the way in the form of what would today be considered “GATE” English classes – reading is believing and we read and read and read books by people who lived in places far beyond the cornfield curtain that separated us from the World, which was, to us, anyplace other than Elkhart.

A high school librarian, sly (and in retrospect, somewhat subversive) fueled our angst by introducing us to authors like Ayn Rand, and we spent whole summers re-imagining ourselves as Dominique Francon or Dagney Taggart. While other teens were tuning in, turning on and dropping out, we were just trying to think of a way to to get as far away, perhaps, as Chicago. 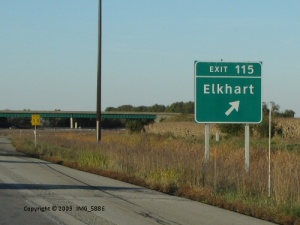 The road not taken, if you can help it (from highwayexplorer.com)

As it always has been and will be, education was the ticket. Nancy made it as far as Indiana University in Bloomington, while I chose Miami University in Oxford Ohio, somewhat specifically because it was nine entire miles beyond the Indiana state line. We were on our way! Four years later, with our relatively useless liberal arts degrees in hand and our parents sufficiently worn down from years of contrarian teen behavior and the grind of tuition payments, (thanks, by the way!) we waved a final, un-opposed goodbye to our Hoosier hometown and moved together to Washington, D.C. 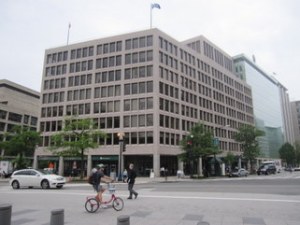 The building where I worked in Washington, D.C., at 1700 Pennsylvania Ave., N.W., just a few blocks away from Taylor's new workplace.

Thirty-some years later, Nancy lives with her husband, Zane, in a town on the Chesapeake Bay in Maryland, which, she says, looks pretty much like Indiana, and the population of which makes Elkhart look like a metropolis. And I wake up every morning in with chickens on my mind, something I probably could have done just as easily and far more economically, had I stayed put in the Midwest. Live and learn, they say…it looks like Elkhart gets the last laugh on us. 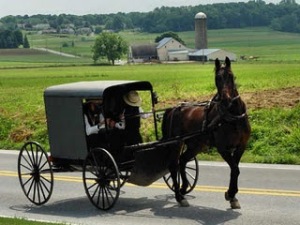 What passes for mass transit in Elkhart

Last weekend, however, we were the ones smiling. With best friends, you don’t really notice the time or distance between visits, and somehow nine years seem to have slipped by since the last time Nancy and I spent time together. This visit, however, we finally made it to the Big City: the CE and I, Nancy and Zane spent a wild, windy and wonderful day together in Manhattan. 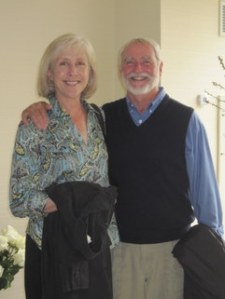 Nancy and Zane at our apartment in New York. 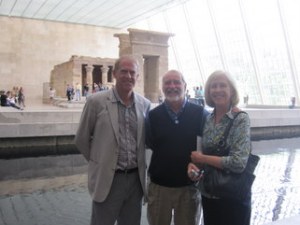 At the Metropolitan Museum of Art 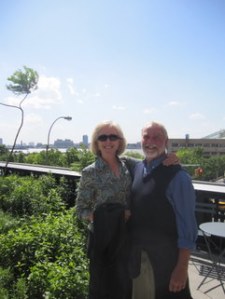 We visited the High Line 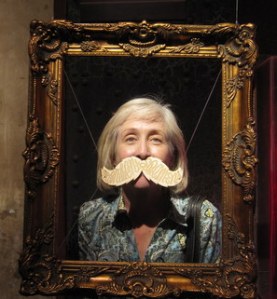 Being a good sport at the Chelsea Market 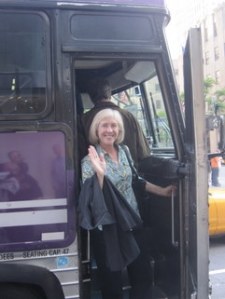 Boarding the bus - good-bye until next time

It was a wonderful day.  Hopefully we don’t have to wait nine years for the next one!

“Friendship is born at that moment when one person says to another, ‘What! You too? I thought I was the only one” – C.S. Lewis 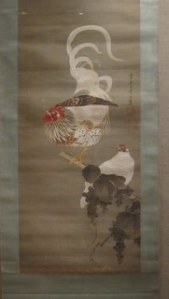 Chicken art at the Met!

I think it most likely depicts a Japanese Phoenix

3 Responses to Past is Present.