I wish I could give you the picture instead, but the camera battery was dead when we took the chickens out to their run at dusk last night. The Chicken Emperor was doing some touch-ups to the coop, which is close to being finished. The dogs, thinking, as always, that it’s all about them, joined us in the run with the chickens. Soho didn’t notice when Hope chicken-tip-toed up to her and gave her plumed white tail a peck. But Chloe definitely noticed when Hope approached her and pecked at her eye. Not aggressively, but a peck nonetheless. Chloe, ever tolerant, didn’t budge; I guess she knows Hope’s just a bird brain.

Camera battery revived, we got a few pix of the chicks’ first introduction to the inside of the coop: 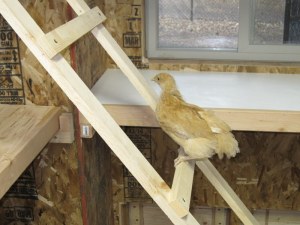 The CE made custom chicken ladders 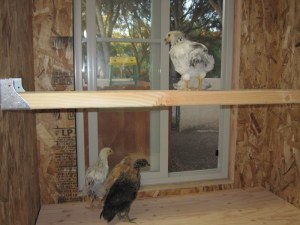 First try on the coop roost 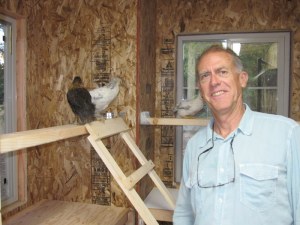 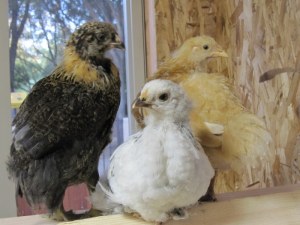 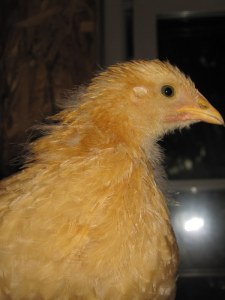 2 Responses to A thousand words.